Taylor Schilling Net Worth and Salary: Taylor Schilling is an American actress who has a net worth of $6 million. Taylor is best known for playing Piper Chapman on the Netflix series "Orange is the New Black," which she starred on from 2013 to 2019. She was reportedly paid $35,000 per episode while starring on the popular series, which won dozens of awards during its seven-season run. Schilling appeared on the NBC medical drama "Mercy" from 2009 to 2010, and she has appeared in several films, including "The Lucky One" (2012), "Argo" (2012), and "The Prodigy" (2019).

Early Life: Taylor Schilling was born Taylor Jane Schilling on July 27, 1984, in Boston, Massachusetts. Her mother, Patricia, worked as an administrator at MIT, and her father, Robert, was formerly a prosecutor. After her parents divorced, Taylor and her younger brother, Sam, split their time between Wayland and West Roxbury. She began acting in stage productions at her middle school, first appearing in "Fiddler on the Roof." Schilling attended Wayland High School, and after graduating in 2002, she enrolled at Fordham College at Lincoln Center. She appeared in the school's theatrical productions and graduated with a Bachelor of Arts degree in Acting in 2006. Taylor was accepted into the Tisch School of the Arts graduate program at New York University, but she left after two years and worked as a nanny while she pursued an acting career.

Career: Taylor was honored with the Emerson College Playwright's Festival Outstanding Performance Award, then she made her big screen debut in the 2007 independent film "Dark Matter," which starred Meryl Streep and Aidan Quinn. In 2009, she began starring as Veronica Flanagan Callahan on "Mercy," appearing in all 22 episodes of the series. Schilling then played Dagny Taggart in 2011's "Atlas Shrugged: Part I, and in 2012, she co-starred with Zac Efron in "The Lucky One" and Ben Affleck, Bryan Cranston, Alan Arkin, and John Goodman in the Oscar-winning film "Argo," which grossed $232.3 million at the box office. In 2013, she began starring as Piper Chapman, an inmate at Litchfield Penitentiary, on "Orange Is the New Black." The series, which is based on Piper Kerman's 2010 memoir "Orange Is the New Black: My Year in a Women's Prison," aired 91 episodes and co-starred Natasha Lyonne, Laura Prepon, Uzo Aduba, Kate Mulgrew, and Samira Wiley. While starring on the series, Schilling appeared in the films "Stay" (2013), "The Overnight" (2015), "Take Me" (2017), "Phil" (2017), "The Public" (2018), "The Titan" (2018), and "Family" (2018). She has also guest-starred on Comedy Central's "Drunk History" (2016) and the Hulu anthology series "Monsterland" (2020), and she starred in the horror film "The Prodigy" in 2019. 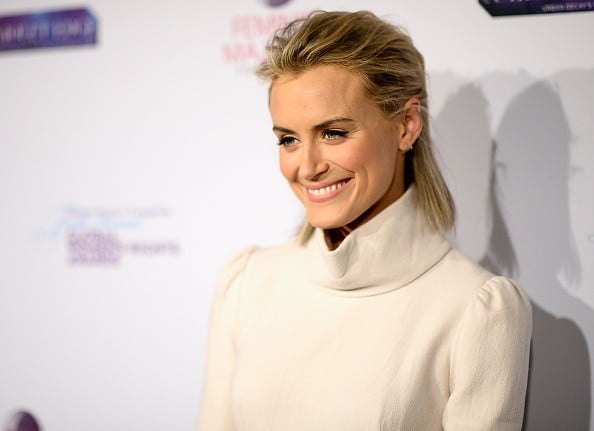 Personal Life: During Gay Pride weekend in 2020, Taylor revealed on Instagram that she was in a relationship with musician/visual artist Emily Ritz, and later that year, she directed Ritz in the music video "I'm In Love." Schilling has said that she has dated both men and women and that "it's been about the person, not their gender." She is a supporter of the non-profit organizations Representation Project and Women's Prison Association, and she is a proponent of Transcendental Meditation and insight meditation.

Awards and Nominations: "Orange Is the New Black" earned Schilling three Satellite Awards for Best Actress in a Series, Comedy or Musical and a Best Actress Webby Award as well as nominations from the Primetime Emmys, Golden Globes, GALECA: The Society of LGBTQ Entertainment Critics, Gold Derby Awards, Online Film & Television Association, People's Choice Awards, Seoul International Drama Awards, and Young Hollywood Awards. The cast was nominated for four Screen Actors Guild Awards for Outstanding Performance by an Ensemble in a Comedy Series, winning in 2015, 2016, and 2017. Taylor shared a Hollywood Film Award for Ensemble of the Year with her "Argo" castmates in 2012, and that year, she also received Teen Choice Award nominations for Choice Movie Actress: Romance and Choice Movie Liplock (shared with Zac Efron) for "The Lucky One." 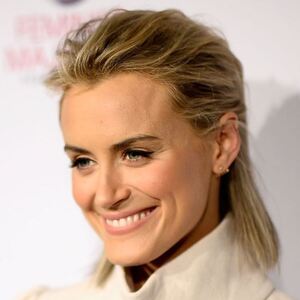