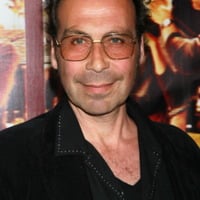 Taylor Negron net worth: Taylor Negron was an American actor, writer, painter, and stand-up comedian who had a net worth of $1 million. Taylor Negron was born in Glendale, California in August 1957. Negron graduated from UCLA. As an actor he had 130 acting credits to his name. In 1979 Negron starred as Silvio Galindez in the television series Detective School. From 1998 to 2000 he had a recurring role as Chuck Ballard in the TV series The Hughleys. Negron starred as Manuelo Del Valle in the series So Little Time from 2001 to 2002. He also starred in the movies Young Doctors in Love, Fast Times at Ridgemont High, Easy Money, One Crazy Summer, The Whoopee Boys, River's Edge, Punchline, How I Got Into College, Nothing But Trouble, The Last Boy Scout, Mr. Jones, Angels in the Outfield, Bio-Dome, Spy hard, Changing Habits, Courting Courtney, Chairman of the Board, Can't Stop Dancing, Stuart Little, The Flintstones in Viva Rock Vegas, Pauly Shore Is Dead, The Chateau Meroux, Vamps, Santorini Blue, and Scoot & Kassie's Christmas Adventure. Negron wrote the show The Unbearable Lightness of Being Taylor Negron – A Fusion of Story and Song as well as the TV movie Un-Cabaret. His comedy essays were published in the books Dirty Laundry and Love West Hollywood: Reflections of Los Angeles. Taylor Negron passed away on January 10, 2015 at the age of 57 after a long battle with cancer.