Early Life: Taylor Jackson Kinney was born on July 15, 1981 to Pamela Heisler, a dental hygienist, and Daniel Kinney, a banker. He and his three brothers grew up in Neffsville, Pennsylvania after their father split and they were raised by their single mother. Kinney graduated in 2000 from Lancaster Mennonite School. He attended West Virginia University where he studied business management. While at WVU he developed an interest in acting.

Career: Kinney's first role came in 2006 when he starred as Luke Gianni on a nighttime soap opera called "Fashion House". He kept his starring role for 35 episodes of the drama. His next main role was Glenn Morrison on NBC's "Trauma." He appeared in 19 episodes of the medical drama but it was canceled after just one season.

In 2010, he landed the role of Mason Lockwood on the second season of the hit supernatural drama "The Vampire Diaries". The following year, he was featured in then-girlfriend Lady Gaga's music video for her song "You and I." In 2012, Kinney landed a starring role on the drama series "Chicago Fire," which follows the lives of firefighters and paramedics. The show proved to be a commercial success, and Kinney played the main role of Lieutenant Kelly Severide for 168 episodes.

Also in 2012, Kinney appeared in his first mainstream role for the big screen when he played Jared in "Zero Dark Thirty," Kathryn Bigelow's acclaimed war drama. In 2012, he guest-starred as the former high school crush of the lead character, Craig, on "Shameless." From 2014 on, he has reprised his role of Lieutenant Kelly Severide in two spinoffs of "Chicago Fire": "Chicago P.D." and "Chicago Med." In 2014, Kinney appeared as Phil Hampton in "The Other Woman," alongside Cameron Diaz, Leslie Mann, and Kate Upton. 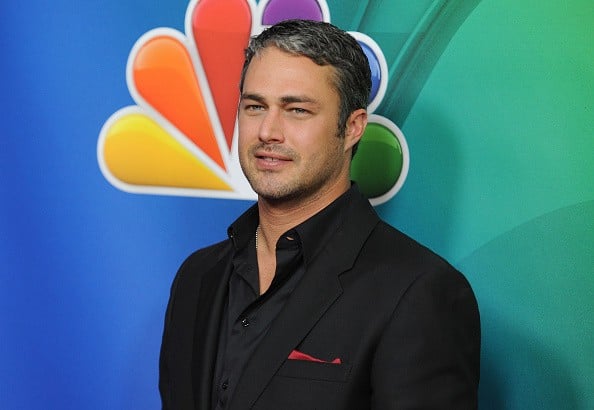 Kinney has also been a guest star on several popular television shows like; CSI: NY, What About Brian, Bones and Rizzoli & Isles.

Some of his other film credits include: "Furnace" and "White Air." Some of his early work was in the theatre where his credits include "Fallout" and "A Streetcar Named Desire". In 2012 he starred in a powerful drama about the lives of eight athletes on the 2004 Olympic Track & Field team, titled "Diary of a Champion". As far as his latest films, in 2015 he played Eddie in "Consumed" and Private Barnes in "Rock the Kasbah." In 2016 he played Aiden in "The Forest" and in 2018 he starred as Jordan in "Here and Now." Kinney was nominated for a People's Choice Award for Favorite Dramatic TV Actor for Chicago Fire in 2015, 2016, and 2017. He won the prize in 2016.

Personal Life: An experienced surfer, Kinney currently resides in Los Angeles. He began dating singer-songwriter Lady Gaga in 2011. The two of them met in Nebraska while working on the music video for her song "You and I," and began dating. They became engaged on Valentine's Day 2015 but they announced that they had called off their engagement in July 2016. Lady Gaga later said that her career had interfered with their relationship. In May 2021, it was confirmed that Kinney is dating Alanna DiGiovanni. 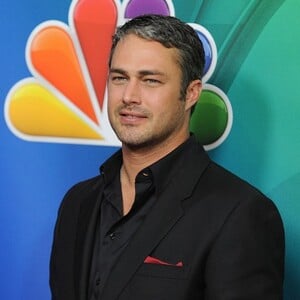