How much is Taylor Dooley Worth?

Taylor Dooley net worth: Taylor Dooley is an American actress who has a net worth of $3 million. Taylor Dooley was born in Grosse Pointe, Michigan in February 1993. She is best known for starring as Lavagirl in the 2005 film The Adventures of Sharkboy and Lavagirl 3-D. At nine years old she started to study dance and acting. Dooley starred in a commercial for Famous Footwear and did ads Disney Superstar Kids and the Honda Odyssey. She starred in the movie Whitepaddy in 2006 as well as in the short Apology and in the video Monster Night. Dooley will star in the movies Hell Mountain and Devotion in 2016 and The Portrait's Secret and Grimmerson Manor in 2017. She also appeared in an episode of the TV series House M.D. in 2008. In 2006 Dooley was nominated for a Young Artist Award for Best Performance in a Feature Film (Comedy or Drama) – Leading Young Actress for The Adventures of Sharkboy and Lavagirl 3-D. 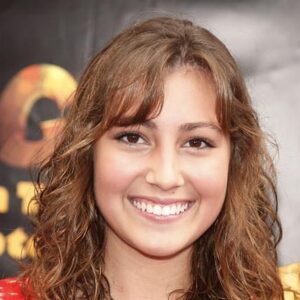