How much is Taye Diggs Worth?

Taye Diggs Net Worth and Salary: Taye Diggs is an American theatre, film, and television actor who has a net worth of $14 million. Diggs is famous for appearing in stage productions over the course of his career, and he's also a singer. He has also found success in various television series. Over the course of his career, Diggs has won a number of awards, including a Screen Actors Guild Award.

Early Life: Scott Leo Berry was born on January 2nd of  1971 in Newark, New Jersey. Raised in Rochester, New York City, Scott took the surname of Jeffries Diggs, whom his mother remarried after separating from his birth father. The name "Taye" is a stylized form of the name "Scotty," as it resembles the last syllable. Taye grew up alongside five siblings, and his mother worked as both a teacher and an actress.

Although he initially attended a regular high school in Rochester, he eventually transferred to a progressive alternative school called the School of the Arts. After graduating from high school, Taye Diggs attended Syracuse University and obtained a BFA in Musical Theater. Over this period, he established himself as a stage actor with performances at theaters across New Hampshire.

Career: Diggs' Broadway debut came in 1994 when he booked a role in the revival of a musical called "Carousel." The play won five Tony Awards and helped put Taye on the map. During this period, he also paid the bills by booking work as a dancer at Tokyo Disneyland. Diggs truly arrived on the scene when he booked a major role as Benny in the award-winning musical "Rent." While performing, he met his future wife Idina, who later starred with him again in the off-Broadway play "The Wild Party."

Now that Taye Diggs was established in the theater world, roles were not hard to come by. He started appearing in Broadway productions such as "Chicago" and "Wicked." In addition, Diggs found it easy to transition to film and television roles by this point. He started by appearing on the long-running soap opera "Guiding Light." Not long after, he made his official film debut after joining the cast of "How Stella Got Her Groove Back" in 1998. Next year was a busy one for Diggs, as he appeared in films like "Go," "The Wood," and "The Best Man." He wrapped up 1999 with an appearance in the remake of "House on Haunted Hill."

Moving forward, Taye Diggs appeared in an episode of "America's Next Top Model," and was tasked with guiding contestants through a challenge that involved acting. He then booked a role as a lawyer in the show "Ally McBeal." He also booked the role of bandleader in the film adaptation of "Chicago" in 2002. That year, he played a memorable role in the science fiction film "Equilibrium" alongside Christian Bale. During this period, Diggs appeared on the show "Punk'd" as an unwitting contestant and also made several appearances as the love interest of Will in the series "Will & Grace."

In 2004, Taye Diggs was given his own show called "Kevin Hill." The legal drama received strong reviews throughout its first season, but it wasn't renewed for a second. In 2005, he had the chance to play the character of Benny once again in the film adaptation of "Rent." Although his acting career was transitioning towards film and television, Taye continued to appear in a range of Broadway productions throughout the rest of his career (most notably "Hedwig and the Angry Inch"). Diggs has subsequently recorded tracks on soundtracks for many of his Broadway plays.

In 2007, he booked a starring role in the series "Private Practice," which was a spin-off of the show "Grey's Anatomy." The series was quite successful and ran until 2013. Over the next little while, Diggs made guest appearances on the show "The West Wing" and in crossover episodes of "Grey's Anatomy." He also found the time to star in the live-action adaptation of the comic "Dylan Dog: Dead of Night." In 2017, Taye made an appearance in the film "'Til Death Do Us Part."

After joining the cast of "Between Us," Diggs won the Grand Jury prize when the film was screened at the Bahamas International Film Festival. From 2014 to 2016, Diggs played a major role in the series "Murder in the First." Outside of these roles, Diggs has appeared in reality TV shows such as "Lip Sync Battle" and "Hypnotize Me." He also worked as a voice actor on animated films such as "My Little Pony: The Movie." In addition, Taye Diggs has written three children's books.

Relationships: In 2003, Taye Diggs married Idina Menzel, an actress he met while working on "Rent." For the next ten years, they stayed together and welcomed a son into the world. By 2013, they were living apart, and by 2015 they finalized their divorce. Inside sources stated the split was amicable, and amidst rumors suggesting otherwise, Idina claimed the split was the result of busy, incompatible schedules.

In a rarity for Hollywood, their divorce procedures also went off without a hitch. Because both partners were working actors with a reliable source of income, neither received a divorce settlement, and they simply split all of their shared assets down the middle. Even custody of their child was split equally, and they both continue to co-parent their son.

Real Estate: In 2011, Taye Diggs purchased a property in Studio City for $2 million. The property features almost 5,000 square feet of living space, 5 bedrooms, and 3 bathrooms. The home was perfect for his then-wife, Idina Menzel, and his one child, who was only 20 months old at the time. The property also boasts a lavish family room connected to a gorgeous terrace by French doors. There are plenty of amenities in the outdoor area as well, including a pool, spa, treehouse, 3-car garage, and manicured gardens.

After Diggs and Menzel announced their plans to separate after ten years of marriage, they also decided to sell their family home in Studio City. Although they initially listed the property for $2.995 million, they were eventually forced to settle for a selling price of just $2.55 million. That's still a notable profit margin on their initial investment of $2 million, even though it's not quite as much as they were hoping for. 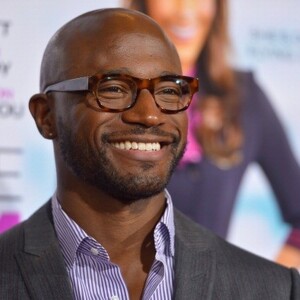