Tawny Little Net Worth: Tawny Little is an American television presenter and beauty pageant winner who has a net worth of $200 thousand. Tawny Little was born in Portland, Maine in September 1956. Tawny won the title of Miss America in 1976. She would later become a well-known anchorwoman in Los Angeles, California where she worked for KABC-TV, KCAL-TV, and KCOP. She was also the co-host of local talk show A.M. LA. As an actress Little debuted as a reporter in the 1979 movie Rocky II. She appeared in the 1997 movie Money Talks and the 1998 film The Adventures of Ragtime. Tawny also appeared in episodes of the TV series Tenspeed and Brown Shoe, Matt Houston, T.J. Hooker, The Greatest American Hero, V, Misfits of Science, Benson, and Malcolm & Eddie. She also appeared in the 1995 TV movie Beauty and the Beast: The Broadway Musical Comes to L.A. Tawny has been married four times including to Dukes of Hazzard star John Schneider and CBS executive Don Corsini. 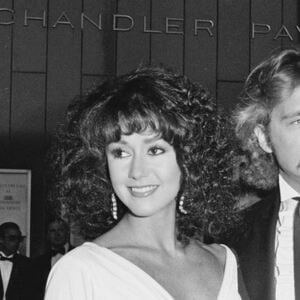