Tawny Kitaen net worth: Tawny Kitaen was an American actress and media personality who had a net worth of $500 thousand at the time of her death. She became famous for appearing in music videos of several glam rock bands including "Here I Go Again" and "Is This Love" by Whitesnake. She was married to Whitesnake's lead singer David Coverdale from 1989 to 1991 and also to baseball player Chuck Finley from 1997 to 2002. Unfortunately, Tawny died on May 7, 2021 at the age of 59.

Tawny Kitaen was born in San Diego, California in August 1961. Kitaen's first acting role came in the TV series Capitol in 1982. She starred as Lisa DiNapoli in the television series Santa Barbara in 1989. From 1991 to 1993 Tawny starred as Mona Loveland in the series The New WKRP in Cincinnati. She provided the voice of Annabelle in the animated series Eek! the Cat from 1992 to 1995. Kitaen has also starred in the movies Bachelor Party, Witchboard, Instant Justice, and Too Cool. She co-hosted the TV series America's Funniest People from 1992 to 1994. Kitaen had been in and out of rehab programs in later years. She appeared on the reality TV series The Surreal Life and Celebrity Rehab with Dr. Drew. 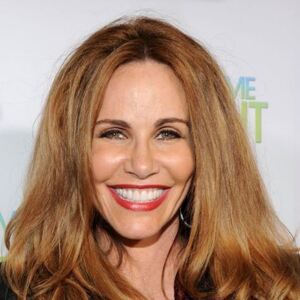