How much is Tatiana Maslany Worth?

Tatiana Maslany net worth: Tatiana Maslany is a Canadian actress who has a net worth of $3 million. Tatiana Maslany was born in Regina, Saskatchewan, Canada in September 1985. From 2002 to 2003 she starred as Rome Greyson in the television series 2030 CE. In 2008 Maslany starred as Zeppelin Dyer in the TV series Instant Star. She starred as Kit Bailey in the series Heartland from 2008 to 2010. In 2012 she starred as Sister Meir in the TV mini-series World Without End. One of her best known roles has come starring in the television series Orphan Black since 2013. Maslany has starred in the movies Ginger Snaps 2: Unleashed, The Messengers, Diary of the Dead, Late Fragment, Flash of Genius, Defendor, Grown Up Movie Star, Hardwired, Violet & Daisy, The Vow, Picture Day, Blood Pressure, Woman in Gold, and Cas and Dylan. She has won 17 awards including an ACTRA for Picture Day and a Phillip Borsos Award for Cas & Dylan. Maslany has won two Critics' Choice Television Award and two Canadian Screen Awards for Orphan Black. She has also been nominated for a Golden Globe Award and Screen Actors Guild Award for Orphan Black. 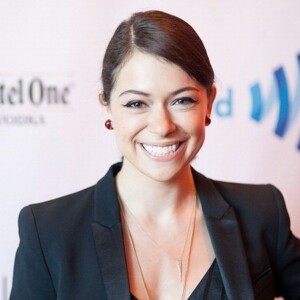