Tasha Smith net worth: Tasha Smith is an American actress who has a net worth of $1.5 million dollars. Tasha Smith was born in Camden, New Jersey, and went through a period of heavy drug use during her late teens and early 20s. She finally kicked the habit when she converted to Christianity in her mid-20s.

She began her professional acting career with a role in the film, "Twin Sitters" in 1994, and has since gone on to appear in a variety of film, television, and theater projects. She has had co-starring, guest starring, and recurring roles on such television shows as, "Boston Common", "Chicago Hope", "The Tom Show", "Without a Trace", "Nip/Tuck", and "Meet the Browns". She has also appeared in the films, "The Whole Ten Yards", "Daddy's Little Girls", "Why Did I Get Married?", and its sequel. She currently stars on the hit show, "Tyler Perry's For Better or Worse", and runs Tasha Smith's Acting Workshops. 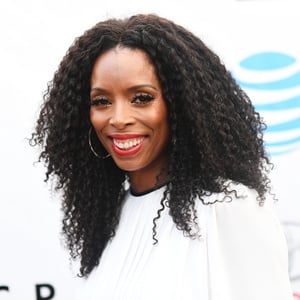