How much is Taryn Manning Worth?

Taryn Manning net worth: Taryn Manning is an actress, singer, songwriter, and designer who has a net worth of $3 million dollars. Born in Tucson, Arizona, Taryn Manning was the State Champion in karate for her age group as a child. She relocated to California with her mother when she was in middle school, and graduated from Orange County High School for the Arts. She began her professional on-screen career in the early 2000s, appearing on such television shows as, "The Practice", "Get Real", "NYPD Blue", and "Boston Public". From there, she began adding film work to her resume, appearing in such projects as, "Crazy/Beautiful", "8 Mile", "White Oleander", and "A Lot Like Love". She is most widely recognized for her performance in the award-winning film, "Hustle & Flow". Since "breaking out" in "Hustle & Flow", she has continued to guest star on multiple shows, including recurring roles on "Sons of Anarchy" and "Hawaii Five-O". She also performed as part of the band, Boomkat, and recently launched a solo singing career. 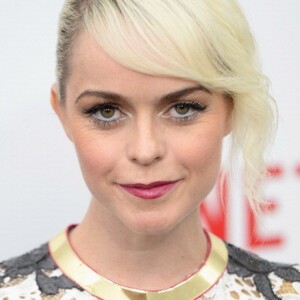