Taron Egerton net worth and salary: Taron Egerton is a Welsh actor and singer who has a net worth of $6 million. Taron Egerton was born in Birkenhead, Merseyside, England in November 1989. He is known for starring in a number of television shows and movies. In 2013 he had a recurring role as Liam Jay in the TV series Lewis.

In 2014 he starred in the British television series "The Smoke" as Dennis "Asbo" Severs. Also in 2014 Egerton starred in the movies "Testament of Youth" and "Kingsman: The Secret Service". In 2015 he starred in the movie "Legend" in 2015. In 2016 he appeared in "Eddie the Eagle" and provided the voice of Johnny in the "Sing". In 2018 he appeared in the films "Robin Hood", "Billionaire Boys Club" and "Kingsman: The Golden Circle". Egerton was nominated for a BAFTA Award in 2016 and for Teen Choice Awards in 2015 and 2016. In both of those years he was also included as one of the 50 best-dressed British men by GQ. One of his most notable film roles to date is as Elton John in the 2019 biopic "Rocketman". 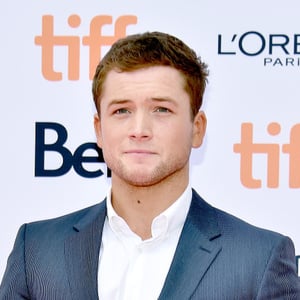