Tara Strong net worth: Tara Strong is a Canadian actress, Singer, Voice actress and also a Voice artist who has net worth of $10 million. She has done many voice works in animated films and television series as well. She was born on February 12, 1973 at Toronto, Ontario in Canada. Tara Lyn Strong is her full name.

She is a follower of Judaism religion. She has completed her high school study from 'Forest Hill Collegiate Institute'. Then she studied at "The second City" in Toronto. She began her career in acting at the age of four. Even at those ages, she was very creative. Tara started volunteering as a soloist in a school production. She started acting in the Yiddish Theatre, having no prior idea about Yiddish; amazingly she had been able to perform her character astonishingly by memorizing all her lines phonetically. Furthermore, she also acted at the Toronto Jewish Theatre On that time and there she performed in "A Night of Star". At the age of thirteen, she played her first professional role named "The Role of Gracie" in the Limelight Theatre's production of The Music Man after attending a playing arts school. She acted in the short-lived CBC Television Sitcom Mosquito before going to Los Angeles in the middle of 1994. Besides, she has lent her voice to English language localizations of Japanese anime for example Spirited Away, Princess Mononoke and some video as well. In her career she won many awards by her efficient works such as Interactive Achievement Award, Kids Choice Awards, and Anime Overdose Award. Tara lived together with Neve Campbell and they have two sons named Sammy James Strong and Aden Joshua Strong. Still now she does not get married with her partner. They live in Toluca Lake, California. She is the founder of VoiceStarz, Inc and an internet based company. 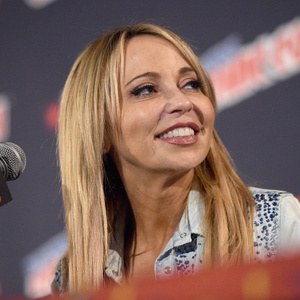