Tanya Roberts net worth: Tanya Roberts was an American model and actress who had a net worth of $10 million dollars at the time of her death. She was probably best known for appearing in Charlie's Angels, A View to a Kill, and That 70s Show. She appeared in over 41 on-screen productions.

Victoria Leigh Blum was born in The Bronx, New York City on October 15, 1955. Tanya Roberts was active in the entertainment industry between 1975 and 2006.  She began modeling in New York City in her teenage years and studied at the Actors Studio while maintaining a relationship with Barry Roberts. She modeled for Ultra Brite, Cool Ray sunglasses, Clairol and more. She also got involved in several Off-Broadway theatre productions such as Antigone and Picnic. She move to Hollywood with her husband in 1977 to pursue on-screen acting. She began acting on Charlie's Angels in 1980 until its cancellation in 1981. In 1985 James Bond film A View to a Kill. Later in her career Tanya appeared in the television show "That '70s Show". 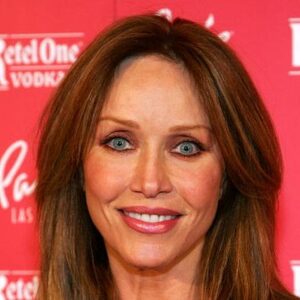