Tanya Memme net worth: Tanya Memme is a Canadian actress, producer, television presenter, journalist and former Miss World Canada who has a net worth of $800 thousand. Tanya Memme is best known for hosting the EMY nominated reality television series "Sell This House "and "Sell This House Extreme". Born on January 15, 1971, Tanya Meme grew up on a 200 acre sod farm near a small town called Winfield. She is a trained actress and performer with a degree from the world-famous American Musical and Dramatic Academy in NYC.

Some of her most notable past credits are three seasons of TLC's Robotica in which she played together with Ahmet Zappa, two seasons of "Move This House" on A&E, and one of the highest rated magazine shows "Eye" on KCBS. In addition to that, she produced, wrote and hosted some segments for KCB's Fan Cam, and was seen in more than twelve millions homes on DirecTV Customer News. She also appeared as a guest on many star shows including "Melrose Place", "CSI Miami", "JAG", and "The Practice", "Young and Restless", "Saturday Night Live".

During her time as a journalist Tanya worked as an international correspondent for Entertainment Tonight Canada, Canada's top rated entertainment news program. In that period she covered high profile events such as the People's Choice Awards, the Golden Globes, the SAG Awards, the Emmys and numerous red carpet events and movie premiers in Los Angeles, Toronto and New York City. She did a lot of interviews with some of the greatest Hollywood celebrities. Among the many she interviewed is Hugh Jackman, Mary J. Blige, Tommy Lee, Jennifer Aniston, David Navarro as well as many others. In 2008, the Florida Motion Picture & Television Association awarded Tanya Memme for her exceptional performance in the movie Terror Inside in which starred along Corey Feldman. In 12 April 2011, she gave birth to a baby girl, Ava. 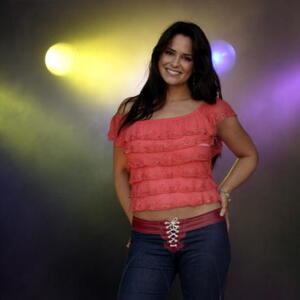