Tanoai Reed net worth: Tanoai Reed is an American stunt man who has a net worth of $1 million. Tanoai Reed was born in Honolulu, Hawaii in February 1974. He is the cousin of and the stand-in double for actor Dwayne "The Rock" Johnson.

Reed starred in the Black Eyed Peas music video "Pump It". He played the part of gladiator Toa in the 2008 remake of the television series American Gladiators. Reed has done stunts for the movie and TV series Waterworld, Nash Bridges, Buffy the Vampire Slayer, Angel, The Scorpion King, The Tuxedo, Daredevil, Charlie's Angels: Full Throttle, The Rundown, The Stepford Wives, Walking Tall, Be Cool, Doom, You, Me and Dupree, Gridiron Gang, Epic Movie, Half Past Dead 2, The Game Plan, Urban Justice, Get Smart, Dollhouse, Spring Breakdown, Blood and Bone, Iron Man 2, and Road to Paloma. Reed has won three World Stunt Awards. 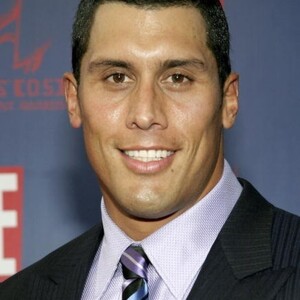