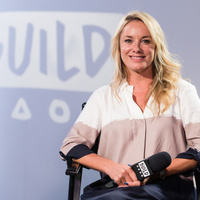 Tamzin Outhwaite Net Worth: Tamzin Outhwaite is an English actress who has a net worth of $8 million. Born November 5, 1970 in Ilford, United Kingdom, Tamzin Outhwaite is known for her role as Melanie (Owen) Healy in the British soap opera EastEnders, a role she played from 1998 to 2002. As a teenager she participated at the Stagestruck Theatre Company, taking part in several productions during the mid-1980s. In school she studied part-time at Sylvia Young Theatre School then left to join the London Studio Centre to study drama and dance. Outhwaite went on to play several stage roles, including roles in Grease, Oliver! and bit parts in The Bill and Men Behaving Badly. Her big break came when she was cast as Melanie (Owen) Healy in the popular BBC soap opera EastEnders. After her stint with EastEnders, she starred in leading roles in such productions as Out of Control, Red Cap, Hustle and others. She was the face of Avon and modeled for Debenhams (a British multinational retail department store). Outhwaite was once married to actor Tom Ellis. They had two daughters together, Florence Elsie (2008) and Marnie Mae (2012). In August of 2013, it was announced that the couple had separated. The following month Outhwaite filed for a divorce, citing Ellis' infidelity as grounds for the dissolution.