How much is Tamsin Greig Worth?

Tamsin Greig Net Worth: Tamsin Greig is an English actress who has a net worth of $6 million dollars. Born July 12, 1966 in Maidstone, Kent, England, she is known for many roles including two British television comedies: Fran Katzenjammer in Black Books and Dr. Caroline Todd in Green Wing. She has starred in two other sitcoms: Beverly Lincoln in the transatlantic sitcom Episodes and Jackie in the sitcom Friday Night Dinner. Other notable roles she has played include Alice Chenery in BBC One's comedy drama Love Soup, Debbie Aldridge in BBC Radio 4's soap opera The Archers, Miss Bates in the 2009 BBC version of Jane Austen's Emma, as well as Beth Hardiment in the 2010 film Tamara Drewe. Greig is an accomplished and celebrated stage actress and won a Laurence Olivier Award for Best Actress in 2007 for Much Ado About Nothing and was again nominated in 2011 for her role in The Little Dog Laughed. Her other cinema credits include a role in the film Cuckoo and a cameo appearance in the 2004 comedy Shaun of the Dead (2014). Greig is married to actor Richard Leaf, whom she met on the set of Neil Gaiman's 1996 miniseries Neverwhere and they have three children. The family lives in a flat in Kensal Green, London, England. She supports the National Health Service as well as more practical teaching of Shakespeare in British schools. 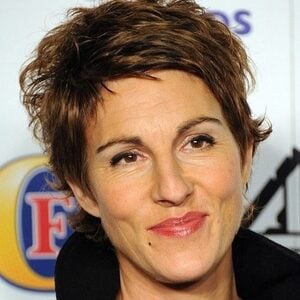