Tamara Beckwith Net Worth: Tamara Beckwith is an English celebrity, television star, and gallerist who has a net worth of $3 million. Tamara Beckwith was born in Hammersmith, London, England in April 1970. As an actress she appeared in the short Tunnel of Love and in the movies An Ideal Husband and Banksy's Coming for Dinner.

She has appeared on many TV series including Loose Women, Shooting Stars, Celebrities Under Pressure, Trigger Happy TV, The Big Breakfast, Dancing On Ice, So You Want To Be A Teacher, and I'm Famous and Frightened!. Beckwith has presented for MTV and VH1 and has been a reporter for television shows including Watchdog and This Morning. The appeared on the BBC reality TV series Celebrity Scissorhands in 2007. In 2008 she participated in the Channel 4 celebrity edition of Come Dine With Me. She also designs a range of jewelry for QVC UK. Beckwith is a contributing editor for Gift-Library.com and a contributing editor for Hello Magazine. In 2008 she opened the photography gallery The Little Black Gallery. 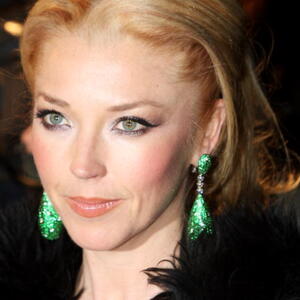