Talan Torriero Net Worth: Talan Torriero is an American reality television personality who has a net worth of $300 thousand dollars. Talan Torriero was born in Orange, California. He first rose to prominence as a cast member on the reality series, "Laguna Beach: The Real Orange County" on MTV.

The program followed the lives of eight students at Laguna Beach High School. Talan Torriero was a junior when the show started airing, and was portrayed as the "player" of the bunch. He was seen dating multiple girls over the course of the three seasons the show aired. He also played golf and was his school's star quarterback. After "Laguna Beach" was cancelled, he went on to appear in such film and television projects as "Driftwood", "Bar Starz", "Senior Skip Day", "American High School", "The Assistants", "The Killing Jar", and "Action 5 News". More recently, he started his own marketing company called, CyberInterns. 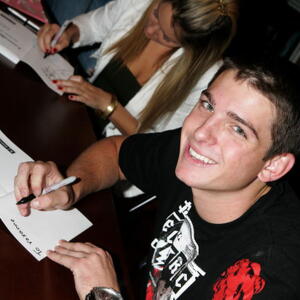