Takeshi Kaneshiro Net Worth: Takeshi Kaneshiro is a Japanese actor and singer who has a net worth of $20 million. Takeshi Kaneshiro was born in Taipei, Taiwan in October 1973. Kaneshiro learned English and studied at the Taipei American School. He started doing television commercials and quit school to pursue his career in acting and singing.

His released his debut studio album Heartbreaking Night in 1992 under the name Anishi. Kaneshiro would go on to release a total of nine albums. He has starred in the films Heroic Trio 2: Executioners, Chungking Express, Mermaid Got Married, Don't Give a Damn, Young Policemen in Love, Fallen Angels, Forever Friends, School Days, Trouble Maker, Lost and Found, Hero, Too Tired to Die, Anna Magdalena, Sleepless Town, Tempting Heart, Space Travelers, Lavender, Returner, Turn Left, Turn Right, House of Flying Daggers, Perhaps Love, Confession of Pain, The Warlords, Red Cliff Part I and II, K-20: Legend of the Mask, Wu Xia, and The Crossing. Takeshi was one of 10 recipients of the Green Planet Film Award for 10 Best International Actors of the Decade (Asia) in 2010. 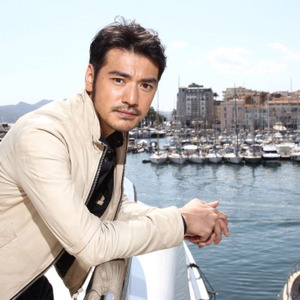