Taimak Net Worth: Taimak is an American actor and stuntman who has a net worth of $400 thousand. Taimak was born in Los Angeles, California in June 1964. Taimak's debut acting role came in 1985 starred as Leroy Green in the movie The Last Dragon. He starred in the films The White Girl in 1990 and No More Dirty Deals in 1993.

Taimak starred in the films Dreamers in 1999 and Night Class in 2001. In 2006 he starred in the movies They're Just My Friends and the System Within. He starred in the films Book of Swords in 2007 and Fight the Panda Syndicate in 2008. Taimak starred in the movie Repeat Offenders: Jamais Vu in 2011. He had a recurring role in the television series Beverly Hills, 90210 from 1999 to 2000. Taimak was a fight choreographer for the 1993 movie No More Dirty Deals and a martial arts coordinator for the 2001 TV movie documentary Madonna: Drowned World Tour 2001.He operates a gym in New York City called Fitness Concepts and a black belt in many marital arts disciplines. Taimak has also been a referee for UFC. 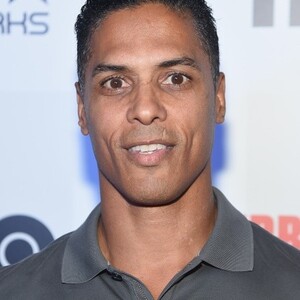