What is Taika Waititi's Net Worth and Salary?

Between 2007 and 2009, Taika directed four episodes of HBO's "Flight of the Conchords" (starring his college friends and collaborators Bret McKenzie and Jemaine Clement) as well as the band's music videos for "Ladies of the World," "Mutha'uckas," and "Leggy Blonde," which were featured in the episodes he directed. In 2017, Waititi was named New Zealander of the Year.

Taika Waititi was born Taika David Cohen on August 16, 1975, in Raukokore, New Zealand. His mother, Robin Cohen (a schoolteacher) and his father, Taika Waititi (a farmer and artist) split up when he was a child. Taika was primarily raised by Robin, and he attended Onslow College before enrolling at Victoria University of Wellington to study theatre. He earned a Bachelor of Arts degree in 1997, and originally, he used the surname Cohen for his film work and Waititi for his visual art projects. Taika has described himself as a "Polynesian Jew" because he grew up "half Jewish and half Maori." While attending Victoria University, he met future "What We Do in the Shadows" co-writer and co-director Jemaine Clement, and the two formed the comedy troupes So You're a Man and The Humourbeasts together. The Humourbeasts created a stage show called "The Untold Tales of Maui," and it earned them the prestigious Billy T Award when they toured New Zealand with the show.

Waititi made his on-screen acting debut in the 1999 New Zealand film "Scarfies" and soon appeared in the film "Snakeskin" (2001) and the TV series "The Strip" (2002), "The Tribe" (2002), "Revelations" (2003), and "Freaky" (2003). Taika wrote and directed the 2002 short film "John and Pogo" and followed it with 2004's "Two Cars, One Night" and 2005's "Tama Tū" and "What We Do in the Shadows: Interviews with Some Vampires." His first feature film was 2007's "Eagle vs Shark," which starred Jemaine Clement; Waititi also appeared as Gordon in the film. His second feature film, "Boy," premiered at the 2010 Sundance Film Festival and earned a nomination for the Grand Jury Prize. Waititi played the role of Alamein in the film, and in 2011, he portrayed Thomas Kalmaku in "Green Lantern." Taika co-wrote, co-directed and starred in the 2014 vampire mockumentary "What We Do in the Shadows," which won several awards and spawned an American spin-off television series of the same name as well as the New Zealand series "Wellington Paranormal."

Waititi wrote and directed the 2016 feature film "Hunt for the Wilderpeople," and he also appeared in the film. He wrote, directed, and produced the short films "Team Thor" (2016) and "Team Thor: Part 2" (2017), and he directed 2017's ninth-highest-grossing film, "Thor: Ragnarok." Taika produced the 2018 film "The Breaker Upperers," then wrote, directed, produced, and starred in "Jojo Rabbit," which won him an Oscar. He also directed an episode of "The Mandalorian" that year and signed on to write and direct "Thor: Love and Thunder." In May 2021, it was announced that Waititi had been cast as Blackbeard in the HBO series "Our Flag Means Death," which also stars his "What We Do in the Shadows" castmate Rhys Darby. He is also attached to create two animated series for Netflix; both are based on Roald Dahl's "Charlie and the Chocolate Factory," and one will focus on the Oompa-Loompas. 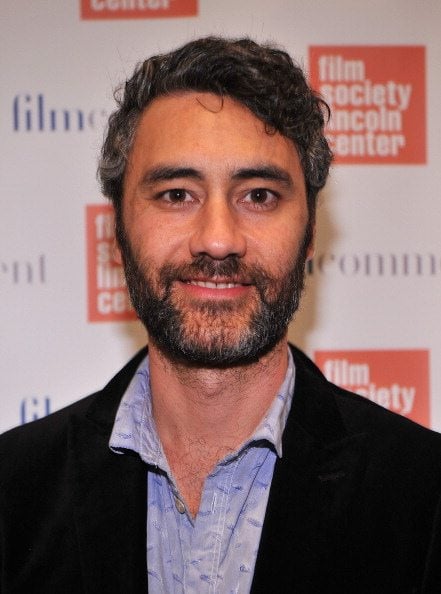 Taika married filmmaker Chelsea Winstanley in 2011, and they have two daughters, Te Hinekāhu and Matewa Kiritapu. Waititi and Winstanley have collaborated on several projects, including "What We Do in the Shadows" and "Jojo Rabbit," and they reportedly separated in 2018. In May 2020, Taika narrated a 10-part, all-star reading of Roald Dahl's "James and the Giant Peach" to raise money for the charitable organization Partners in Health.

Waititi has been nominated for three Academy Awards, winning Best Adapted Screenplay for "Jojo Rabbit" in 2020; he also earned nominations for Best Short Film, Live Action for "Two Cars, One Night" and Best Motion Picture of the Year for "Jojo Rabbit." He has received two Primetime Emmy nominations, Outstanding Character Voice-Over Performance for "The Mandalorian" and Outstanding Comedy Series for "What We Do in the Shadows." The "Jojo Rabbit" screenplay has earned him awards from the BAFTA Awards, AACTA International Awards, Hollywood Critics Association, Online Association of Female Film Critics, and Writers Guild of America, and the film also earned him a Grammy Award for Best Compilation Soundtrack For Visual Media and won awards at the Leeds International Film Festival, Toronto International Film Festival, Aspen Filmfest, and CinEuphoria Awards.

In 2018, Taika and Chelsea paid $2.4 million for a 2,323 square foot home in the Studio City area of Los Angeles. They put the four-bedroom, three-bathroom home on the market for $2.75 million in early 2021. The previous owner was Marti Noxon, a writer, director, and producer known for her work on "Buffy the Vampire Slayer," "UnREAL," and "Girlfriends' Guide to Divorce." 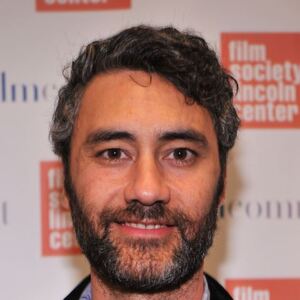