Tahj Mowry net worth: Tahj Mowry is an American actor, dancer and singer who has a net worth of $1.5 million. Tahj Mowry is perhaps best known for playing the role of H.J. Henderson in the popular sitcom, Smart Guy. His performance as the lovable genius considerably enhanced his net worth. It seems that Mowry was destined to be a star. His mother handles children's careers and his older twin sisters are actresses Tia Mowry and Tamera Mowry who starred in the popular teen sitcom Sister, Sister.

In 1990, Mowry made his television debut with ABC's classic sitcom, Who's the Boss?. Television roles began pouring in Mowry's direction as he appeared in other ABC's classics such as, Full House, Star Trek: Voyager and Friends. He even appeared in his sisters' 90's sitcom, Sister, Sister.

Mowry was a firm regular in Walt Disney's productions: he appeared in movies, Disney Sing Along Songs: Let's go to the Circus (1994) as Kid Clown and Hounded (2001). Mowry was also featured in the Disney sitcom, The Suite of Zack and Cody. More recent Mowry provides the voice of Wade in Disney's cartoon hit Kim Possible.

But it was the role in Smart Guy that gave Mowry the long awaited recognition. Mowry portrayed the lovable child genus, T.J. Henderson, who had an I.Q. of 180. Since then, Mowry reunited with his sisters for the 2000 film, Seventeen Again and also starred (with Ice Cube and Nia Long) in Are you Done Yet? (2007). Mowry appeared in one episode in Desperate Housewives.

Alongside with his acting, Mowry is currently pursuing a career in music. He was featured on the 2009 single, Kick it Out, with Flo-Rida and Boom Boom Satellites. He sang Shine Your Light on Me on the 2002 Christmas complication album, School's Out! Christmas.  The 20 track album also featured singers Myra and Ashlee Simpson. 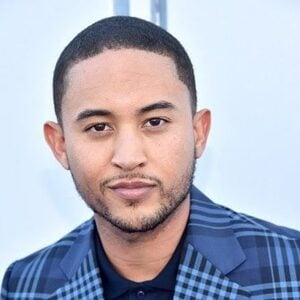