T.J. Thyne Net Worth: T.J. Thyne is an American actor who has a net worth of $10 million. Born in 1975 in Boston, Massachusetts, as Thomas Joseph Thyne, T.J. Thyne grew up with five siblings. He earned his degree from the University of Southern California School of Dramatic Arts in 1997.

Four years later, he created a group called Theatre Junkies designed to help aspiring actors in and around Los Angeles. Thyne made his acting debut in 1998 on an episode of "Dharma and Greg" and followed it up with an appearance on an episode of "Friends". He has worked regularly in show business since then, with appearances on "Kenan and Kel", "Walker, Texas Ranger", "My Wife and Kids", "CSI: Crime Scene Investigation", "The Sky is Falling", "Erin Brokovich", "How the Grinch Stole Christmas", "What Women Want", "That 80's Show", "Something's Gotta Give", "NCIS", "Cold Case", and "Without a Trace" before landing a part on the main cast of the hit series "Bones". Thyne plays Dr. Jack Hodgins alongside Emily Deschanel, David Boreanaz, and Michaela Conlin on the Fox show. He has taken fewer parts since landing his role on "Bones", but did appear in 2007's short film "Validation" and in 2011's "The Pardon". He and girlfriend Leah Park got engaged in late 2013 while in Germany. 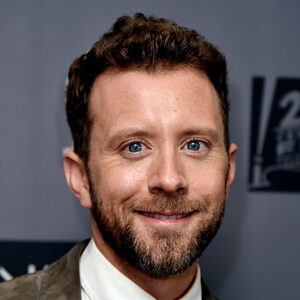