What is Sylvester Stallone's net worth and salary?

Sylvester Stallone is an American actor, screenwriter, producer and director who has a net worth of $400 million dollars. As of this writing, Stallone's movies have generated more than $4 billion in global revenue. Unlike most Hollywood stars, Sylvester has written, produced and/or directed many of his major franchise movies.

After writing the screenplay for "Rocky" in just three days, Stallone found interest in his project at multiple studios. United Artists was the front runner but they wanted it as a starring vehicle for Robert Redford of James Caan. He relentlessly pressured the film's producers Irwin Winkler and Robert Chartoff to allow him to star in the movie. He accepted a cut-rate salary of $23,000 for the film. That's the same as around $110,000 today. The movie went on to earn $225 million on a budget of $1 million.

Between the 1970s and 2012 alone, Sylvester Stallone earned $300 million in base film salaries alone. After adjusting for inflation, his earnings from this period alone were worth roughly $500 million in today's dollars.

Sylvester Stallone was born on July 6, 1946 as Michael Sylvester Gardenzio Stallone in Hell's Kitchen, Manhattan. He's the elder son of Italian-born Francesco "Frank" Stallone Sr, a hairdresser, and Jackie Stallone, an astrologer and dancer. He has a younger brother, Frank Stallone, who is an actor and musician. Complications during childbirth caused the lower left side of Sylvester's face to be paralyzed, giving him his now-iconic "snarling" look and slightly slurred speech. Stallone spent some of his early years in foster care due to his parent's volatile relationship. The couple later divorced. Stallone studied drama at the American College in Switzerland before moving on to the University of Miami. He left school before completing his degree and moved to New York City to pursue acting as a career. 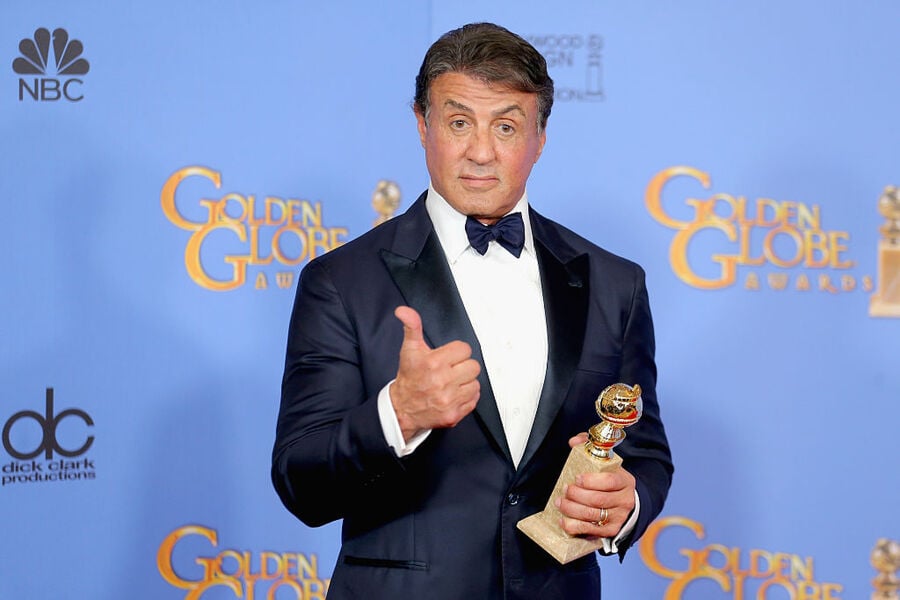 Stallone's first starring role was in "The Party at Kitty", a softcore adult film he explains he did out of desperation after being evicted from his apartment. He was paid $200 for two days of work. His first few early film roles were minor, including an uncredited role in Woody Allen's film Bananas in 1971. He also had an interest in screenwriting, and in 1975, inspired by a Muhammad Ali versus Chuck Wepner flight he'd seen, he wrote a screenplay about a struggling underdog thug with ambitions to become a professional boxer. Stallone reportedly refused to sell the script unless he was the star of the film. He held out until he found Irwin Winkler and Robert Chartoff, two producers who were willing to let him play the lead role of Rocky Balboa.

In 1976, "Rocky" was released. Stallone gained immediate A-list status and world fame with his starring role. The film was a critical and box office hit, and went on to earn $117 million at the box office and ten Academy Award nominations. It was up for Best Picture against other now-classic films such as All the President's Men, Network, and Taxi Driver, but ultimately Rocky clinched the win. It also nabbed awards for Best Directing and Best Film Editing. Rocky II was released in 1979, followed by two more in the eighties, and Stallone continued to enjoy box office success.

In 1982, Stallone launched another critical and box office smash with his role as John Rambo in the action movie "Rambo: First Blood." Three sequels were made after the first film. In preparation for both of his roles as Rocky and Rambo, he adhered to an incredibly vigorous training program, two workouts a day, six days a week, and more exercise in the evenings. He reduced his body fat percentage to an all-time low of 2.8% for the third Rocky installment.

1987 saw Stallone beginning to face a decline in popularity when he starred in "Over the Top", a box office flop that fared poorly amongst critics. In the 90s, he released Rocky V, which was yet another box office disappointment. He attempted to make movies in the comedy genre, but was met with critical and commercial disasters in the form of early-nineties movies "Oscar" and "Stop! Or My Mom Will Shoot." Stallone enjoyed a brief career warm up with "Cliffhanger" in 1993, which grossed U.S. $170 million, as well as 1996's "Daylight", but by the early 2000s he was acting in a string of box office disappointments and critical letdowns.

Stallone took a three-year hiatus, and in 2006 had a comeback with the sixth "Rocky" film. He wrote, directed, and starred in critically-acclaimed "Rocky Balboa", which had a budget of $24 million and made $155.7 million worldwide. He also reprised his role of Rambo in the fourth installment of that series, "Rambo." In 2010, he wrote, directed, and starred in the successful "The Expendables", which went straight to No. 1 at the box office upon opening weekend. A sequel was released in 2012 to similarly positive reviews and a No. 1 slot in the box office.

In 2015, Stallone added another chapter of the Rocky series with a spin-off film, Creed. Directed by Ryan Coogler, the film focused on Adonis Creed, played by Michael B. Jordan, the son of Rocky's rival Apollo Creed. Stallone received widespread acclaim and his third Oscar nomination for Best Support Actor. Creed 2, released in 2018, was also met with positive reviews and a $35.3 million opening weekend. The fifth Rambo movie was released on September 20, 2019, and grossed $91 million worldwide.

Sylvester formed Balboa Productions, a film production studio, with Braden Aftergood in March 2018. The studio has an extensive production slate, including Creed II, Rambo V, and The Expendables 4.

Stallone also has sung on soundtracks for many films. He recorded the "Gonna Fly Now" theme for the first Rocky, and "Take Me Back" in Rocky IV. In addition to these, he did duets with Dolly Parton on their movie "Rhinestone" in 1984. He is also a boxing promoter and his company name is "Tiger Eye Productions".

Stallone married Sasha Czack in 1974. They had two sons, Sage Moonblood who died of heart disease at age 36, and Seargeoh. Stallone and Czack divorced in 1985. Stallone was married to Brigitte Nielson from 1985-1997.  He married Jennifer Flavin in 1997, and the two have three daughters, Sophie, Sistine, and Scarlet.

In 1999 Sylvester sold a home in Coconut Grove, Florida for $16 million.

For the last few decades, Sylvester's primary residence has been an opulent mansion in the tony gated community at the top of Beverly Hills called Beverly Park. His property spans 3.5 acres and features a 20,000 square-foot home. Nearby neighbors include Eddie Murphy, Mark Wahlberg and Denzel Washington. Similar homes have sold recently for $40 – $70 million. In January 2021 it was reported that Sylvester was listing this home for a staggering $130 million. In August 2021 he lowered the price to $85 million.

In December 2021 Sylvester accepted a $58 million offer. The buyer was Adele and it was the highest-price ever paid for a home in Beverly Park.

In January 2010, Sylvester and his wife Jennifer Flavin paid $4.5 million for a vacation retreat in La Quinta, California. They attempted to sell this house a number of times starting in 2014. By 2016 they had even reduced the price to $3.625 million, but still did not find a buyer. They finally sold this home in May 2020 for $3.1 million.

In December 2020 Sylvester paid $35.4 million for a 1.5-acre property with 13,000 square-foot mansion in Palm Beach, Florida. The sellers of the property cleared nearly $10 million in profits from the sale, having acquired the property in 2018 for $26 million.

In February 2022 Sylvester paid $18.2  million for an estate in Hidden Hills, California. 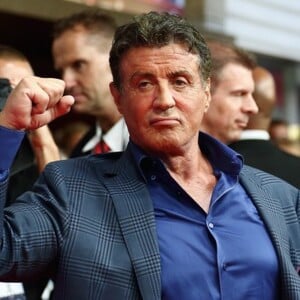