Sylvester McCoy net worth and salary: Sylvester McCoy is a Scottish actor who has a net worth of $4 million dollars. Born in Dunoon, Scotland on August 20, 1943, McCoy is best known for his role in the original Doctor Who as well as The Hobbit. He has been active in the entertainment industry since 1979 and studied priesthood at Blair's College as well as Dunoon Grammar School when he was a boy.

He eventually worked at The Roundhouse box office and was later discovered by Ken Campbell. McCoy was a stuntman with the original stage name "Sylveste McCoy. His full name at birth was Percy James Patrick Kent-Smith. He began working on "The Ken Campbell Roadshow" where he created his stage name. McCoy's major screen roles include Dracula, Doctor Who, King Lear, The Hobbit: An Unexpected Journey, The Hobbit: The Desolation of Smaug, The Christmas Candle, and The Hobbit: The Battle of the Five Armies. 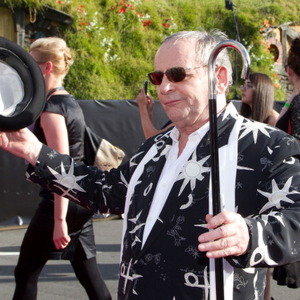