Sybil Danning Net Worth: Sybil Danning is an Austrian actress who has a net worth of $2 million. Sybille Johanna Danninger (aka Sybil Danning) was born May 24, 1952 in Wels, Upper Austria, Austria. She is known for numerous roles in European 'B' movies, cult films, science fiction and action films.

After enrolling in Buchner School of Cosmetology in Salzburg and receiving a diploma in facial treatment, decorative makeup, manicure and body massage, she soon began doing fashion shows and photo layouts. In 1978, Danning moved to Hollywood, California, to further her career in American films. She left behind her friends and family in Europe and pursued a career with no contract, no agent and no idea what the future would bring. Her instincts paid off and she soon appeared as a guest on such television series as Vega$ (1978), Simon & Simon (1981), V (1984), Masquerade (1983), The Fall Guy (1981), Deadly Nightmares (1983), Street Hawk (1985) and Superboy (1988). She also did a ten-page pictorial for the August 1983 issue of Playboy. Outside of acting, Danning has also worked on several movies as a producer and wrote the story for L.A. Bounty. After a lengthy absence from acting, Sybil Danning made a comeback by appearing as a Nazi villainess in the Werewolf Women of the SS mock trailer for Grindhouse (2007) and a nurse in Rob Zombie's remake Halloween (2007). From 2002 to 2003, Danning was a shareholder in the German ice hockey club SC Riessersee. As the first ever female co-owner of a German hockey team, Danning brought in three American players to the team, and saw the team return to the Vice Championship. Danning is currently looking to buy and turn around an English Football club. 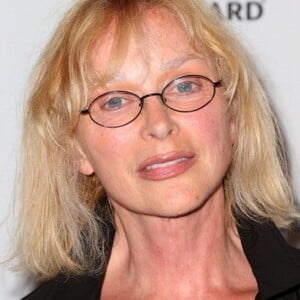