Sven Martinek Net Worth: Sven Martinek is a German actor who has a net worth of $10 million. Sven Martinek was born in Magdeburg, Sachsen-Anhalt, Germany in February 1964. He is best known for playing the role of Max Zander on the TV series Der Clown. Martinek made his debut in the 1979 TV movie Alles im Garten. His debut film appearance came in the 1983 movie Islands of Swans. Sven had recurring roles in the TV series Immer wieder Sonntag in 1993 and Grobstadtrevier from 1992 to 1993. In 1994 he starred in the TV series Freunde furs Leben. He starred in the series Freunde wie wir as Thomas Reuter in 1997. Martinek's best known role came as Max Zander/Der Clown in the German TV series Der Clown from 1998 to 2001. From 2006 to 2007 he starred in the television series Die Spezialisten: Kripo Rhein-Main. From 2006 to 2013 Martinek starred as Dr. Christopher Lentz in the TV series Zoo Doctor: My Mom the Vet. Since 2012 he has starred as Finn Kiesewetter in the TV series Morden im Norden. Sven married German actress Xenia Seeberg in 2003 but they have since separated. He has a total of six children from five different women. 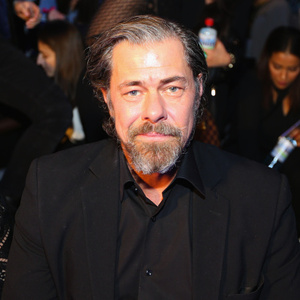