What is Suzanne Somers' Net Worth and Salary?

Suzanne Somers is an American actress, author, and singer who has a net worth of $100 million. Although Suzanne Somers is probably best known for her appearances in the hit sitcoms Three's Company and Step By Step, she has since become a very successful entrepreneur and businesswoman. Suzanne Somers has also become renowned for her self-help books, many of which center around alternative medicine. Somers has become somewhat of a controversial figure over the years, but her success cannot be denied.

Suzanne Marie Mahoney was born on October 16th of 1946 in San Bruno, California. Raised in an Irish-Catholic family alongside 3 siblings, Suzanne struggled as a young child. Her father was a heavy alcoholic, and he verbally abused Suzanne throughout her youth. In her teen years, Suzanne became a cheerleader at her high school and married at 19. That year, she also had her first child. The marriage ended three years later.

In 1969, Somers gained notoriety after appearing in Anniversary Game as a prize model. While working on the show, she met host Alan Hamel, whom she later married in 1977. One of her first major acting roles was in George Lucas' breakout film American Graffiti. Throughout the next period, Suzanne Somers landed roles in shows like The Rockford Files, The Six Million Dollar Man, and One Day At A Time. She also has a minor uncredited role in the film Magnum Force.

In 1977, Suzanne Somers booked a leading role in Three's Company. She portrayed a stereotypical dumb blonde and soon became a sex symbol due to her performances in the show. Three's Company did incredibly well in terms of ratings. In 1980, Somers began to demand a much higher wage and was subsequently fired.

After Three's Company, Suzanne Somers found it challenging to appear in sitcoms due to her controversial exit from the series. However, she eventually found her way back into the sitcom world with She's the Sheriff in 1987. The show ran for two seasons. After appearing in a range of made-for-TV movies, Somers landed another notable sitcom role in Step By Step. The sitcom started in 1991 and ran for seven seasons, adding considerably to Somers' star power.

Somers has been featured in Playboy twice. Both times have shown the actress nude, although she initially appeared in the magazine as a struggling single mother who couldn't pay her bills. Although she initially refused to pose nude, she eventually agreed. She later denied ever participating in the shoot, which prompted Playboy to publish the pictures in 1980, proving her wrong. Somers was quite angry and sued Playboy, eventually receiving a settlement of $50,000. One of her biggest concerns was that her 14-year-old son would see the pictures and that it would affect his mental state.

Four years later, Somers agreed to pose a second time – despite her anger at the initial nude pictorial. She felt that this time she could at least control the quality of the pictures. She also believed it would revive her career, having left Three's Company just prior. The second nude pictorial was published in 1984, and her 18-year-old son later admitted to viewing the nude pictures – despite Somers' insistence that he would not want to see his own mother in Playboy. 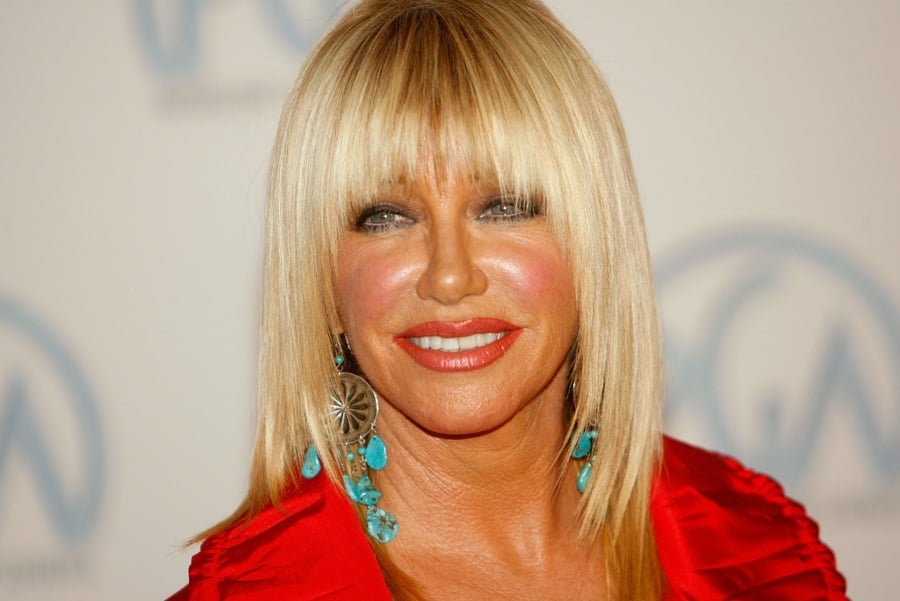 Suzanne was diagnosed with breast cancer in 2000. Although doctors recommended chemotherapy, she decided to pursue alternative medicine instead. She initially treated herself with a mistletoe extract called Iscador. She combined this with a surgical procedure to remove a cancerous lump and followed up with radiation therapy.

Doctors have criticized Somers for advocating for a non-traditional approach to cancer treatment. In addition to her unorthodox views on cancer treatment, Suzanne Somers is opposed to water fluoridation and strongly supports bioidentical hormone replacement therapy to deal with various women's issues. Many of these views have been laid out in Somers' self-help books.

Starting in the early 1990s, Suzanne began appearing in infomercials for the Thighmaster. The product became immensely successful, raking in over  $100 million in sales over the years.


In 1977, Suzanne landed her role in Three's Company, earning an initial salary of $5,000 per episode for the show's first four seasons. By the fifth season, her salary was boosted to $30,000 per episode. In today's money, this would be equivalent to about $95,000 per episode. By this point she was a global phenomenon and easily the most famous person on the show. To reflect her newfound fame, Suzanne stunned producers and network executives by asking for a salary increase to $150,000 per episode, the same amount that her co-star John Ritter was earning. In today's money, that would amount to about $500,000 per episode. But that's not all – she also lobbied for 10% of the show's profits. Producers declined, despite the fact that Suzanne was arguably the main reason 20 million viewers tuned into the show each week, and her character was written off the show. She sued the network for $2 million in damages after stating that her reputation had been damaged, but she was awarded just $30,000.

Thinking back on the circumstances, Suzanne would later recall in an interview:

"I started realizing that this is a business. I'm seeing that the men are being paid four, five, 10 times more, and they're on shows that aren't as successful as mine. When you're a struggling actor or actress, you hang in there in the hopes that you'll be one of the few that scores."

And on the fallout of her failed negotiation:

"My career was dead, because the public got mad at me for being greedy. And I was portrayed as greedy. And really what I was asking for I still think I deserved it."

Thankfully for Suzanne, her career was entirely resurrected thanks at first to the Thighmaster and "Step By Step."

Suzanne and Alan own several homes in Southern California. At one point in 2008, they listed a large mansion that sits on 73 acres in Palm Springs for $35 million. They have owned this property since the late 1970s. In 2018, the price was more than halved to $14.5 million and then slashed again in 2019 to just $9.5 million. They previously owned 480 acres of in northern Palm Springs which in 2018 they donated to the Coachella Valley Conservation Commission.

In 1999 they spent $2.3 million for an oceanfront property in Malibu. In 2001 they bought the lot next door for $2.35 million, which gave them 190 feet of ocean frontage. One of the homes was completely destroyed in a 2007 fire, the other was severely damaged. They listed the combined two-lot property in 2018 for $16.2 million and as of this writing have not found a buyer. Later it was reported that the property had been sent to the auction block after repeated failure to find a buyer and that they were downsizing to the nearby home they had purchased earlier. 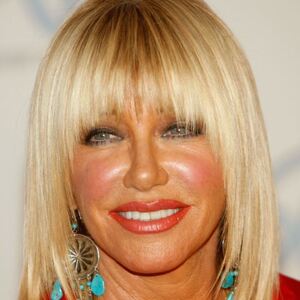