She started off as a stage actress and had over 100 acting credits to her name. One of her best known roles came starring as Emily Hartley in the TV series The Bob Newhart Show from 1972 to 1978. In 1989 Pleshette starred as Christine Broderick in the series Nightingales. She starred as Jackie Hansen in the television series The Boys Are Back from 1994 to 1995. Pleshette had recurring roles in the TV series Suzanne Pleshette Is Maggie Briggs, Good Morning, Miami, 8 Simple Rules, and Will & Grace. She starred in the movies The Geisha Boy, The Birds, If It's Tuesday, This Must Be Belgium, The Shaggy D.A., and The Queen of Mean. She received a nomination for an Annie Award for her voice work in the movie The Lion King II: Simba's Pride. Pleshette was nominated for two Golden Globe Awards and five Primetime Emmy Awards. She received a star on the Hollywood Walk of Fame in 2008. Suzanne Pleshette passed away on January 19, 2008 at 70 years old. 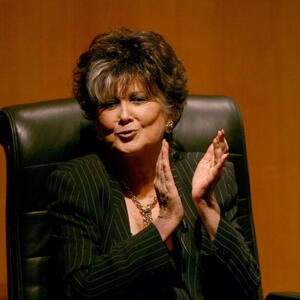