What is Susan Sarandon's Net Worth?

Susan Sarandon is an American actress who has a net worth of $60 million. Sarandon is one of the most successful actresses of her generation. She has won a number of awards over the course of her career, including an Academy Award and a Screen Actors Guild Award.

She has a long list of credits, and she has appeared in numerous films throughout the decades. In addition, Sarandon is an accomplished theater actor and a regular guest-star on various television series. She has been nominated for six Emmys as a result of her television work. Outside of acting, she is a dedicated political activist who has won a number of awards for her philanthropic work.

Susan Abigail Tomalin was born on October 4th of 1946 in New York City. Raised in New Jersey alongside 8 siblings in a Roman Catholic household, Susan attended Catholic schools from a young age. Her father was an advertising executive and a television producer.

After graduating from high school in 1964, she attended The Catholic University of America and studied drama. During her college years, she studied drama under famed coach Gilbert V. Hartke and earned a BA in drama. During this period, she paid the bills by working as a hairdresser and a housecleaner. Susan met her husband, Chris Sarandon during college, and she changed her name to Susan Sarandon after they married. Even after their divorce, she maintained the surname Sarandon as her stage name.

Sarandon started her film career with a major role in 1970's "Joe." She played a teen who becomes involved with drugs and degeneracy. In the early 70s, she continued her acting career with roles in soap operas such as "A World Apart" and "Search for Tomorrow." In the mid-'70s, Susan returned to film when she joined the cast of "The Rocky Horror Picture Show." This film led to a leading role for Sarandon in "The Great Waldo Pepper" and "Pretty Baby." By the early 80s, she was earning Academy Award nominations for roles in movies like "Atlantic City."

Sarandon continued to wow critics with a number of roles in the 90s. She was nominated for Best Actress after her performance in "Thelma & Louise," a cult-classic film that is still popular today. She was nominated once again for Best Actress after performances in "Lorenzo's Oil" and "The Client" before finally taking home the award in 1995 for her role in "Dead Man Walking." In the film, she played a nun who visits a murderer who has been sentenced to the death sentence.

During the 90s, Sarandon also appeared in films like "White Palace," "Stepmom," "Little Women," "Anywhere But Here," and "Cradle Will Rock." In the 2000s, Susan continued to be a major force in Hollywood with roles in movies like "Igby Goes Down," "Bernard and Doris," "The Banger Sisters," "Shall We Dance," "Alfie," "Romance & Cigarettes," "Elizabethtown," and "Enchanted."

One of her most notable films during the 2000s was "Lovely Bones," a supernatural thriller about a girl who watches over her family after being murdered. The Peter Jackson film divided critics, but it won a number of awards. Sarandon also appeared alongside her real-life daughter in "Middle of Nowhere," a coming-of-age comedy that was released in 2008.

During the 2000s, Sarandon appeared in a number of television shows. Her guest-starring credits include "Friends," "Malcolm in the Middle," "30 Rock," "Rescue Me," "Mike & Molly," "Chappelle's Show," "Mad TV," and "Saturday Night Live." During this period, she also established herself as a voice actress and appeared in two episodes of "The Simpsons." Susan has narrated over 24 documentaries, many of which deal with political and social issues. She is also an experienced host, having presented PBS' "Independent Lens" and "Mythos." 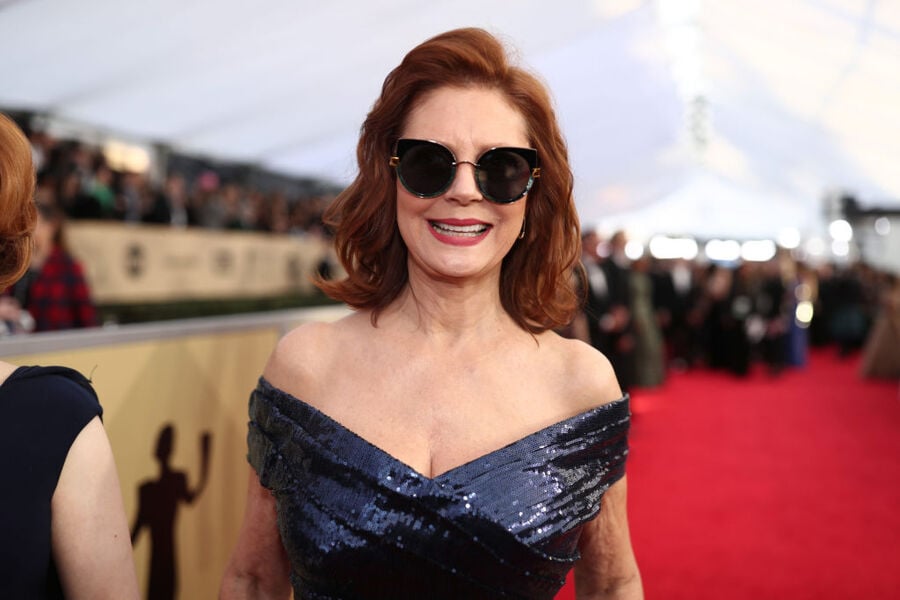 Sarandon is well-known for her work as a political and social activist. Over the years, she has been involved in various anti-war movements. She has also been critical of many presidents and presidential nominees, including Hillary Clinton. Over the years, she has lent her support to figures like Bernie Sanders. She is also a supporter of various civil rights movements and has campaigned to end the death penalty in America.

Susan Sarandon's first marriage was to Chris Sarandon in 1967. They divorced in 1979. After dating celebrities like David Bowie and Sean Penn, Susan established a long-term relationship with filmmaker Franco Amurri. They had a daughter together named Eva Amurri, who later became an actress.

In 1988, Sarandon began a relationship with Tim Robbins. They lived together for the next 11 years and had two sons together. After breaking up with Robbins in 2009, Sarandon dated Jonathan Bricklin for the next six years.

Throughout 2011 and 2012, Susan Sarandon added significantly to her real estate portfolio. Following her split with Tim Robbins, Sarandon paid her ex $3.2 million in order to have complete ownership over the six-bedroom duplex the couple shared in Chelsea, Manhattan. That same month, she also splurged on a $1.75-million, one-bedroom penthouse in Greenwich Village. In July 2020 Susan listed the six-bedroom Chelsea duplex for $7.9 million.

In addition, Sarandon managed to snatch up an apartment in Brooklyn for $900,000. Although the property is nothing special, the location is good and the 2,000-square foot apartment has its own parking garage. Sarandon will probably use the property for rental income. 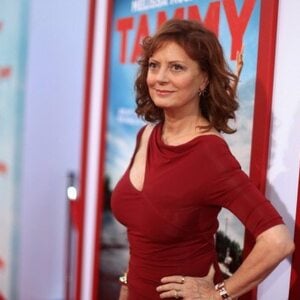