Susan Saint James Net Worth: Susan Saint James is an American actress and activist who has a net worth of $10 million. Susan Saint James was born in Los Angeles, California in August 1946. She started to model as a teenager and attended the Connecticut College for Women. Her first role came in the 1966 TV movie Fame is the Name of the Game. She made her big screen debut in the 1968 movie New Face in Hell. Saint James appeared in the TV series Ironside from 1967 to 1968. From 1968 to 1970 she starred in the TV series It Takes a Thief. From 1968 to 1971 she starred as Peggy Maxwell in the television series The Name of the Game. Susan starred as Sally McMillan in the series McMillan & Wife from 1971 to 1976. One of her best known roles came starring as Kate McArdle in the TV series Kate & Allie from 1984 to 1989. Susan's last role came in the series Suits in 2011. Saint James was awarded a star on the Television Hollywood Walk of Fame at 1645 Vine Street in 2008. She won a Primetime Emmy Award in 1969 for Outstanding Continued Performance by an Actress in a Supporting Role in a Series and was nominated for seven more Emmys and three Golden Globe Awards for Best TV Actress – Drama. Susan married NBC executive Dick Ebersol in 1981. Their son Teddy passed away in a plane crash that Dick and their son Charles survived in 2004. 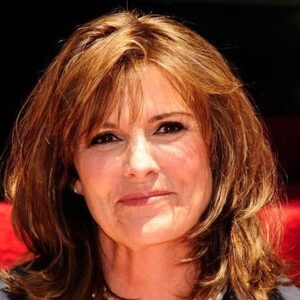