What is Susan Olsen's Net Worth and Salary?

Susan Olsen is an American actress and radio host who has a net worth of $2 million. Susan Olsen is best known for playing the youngest Brady child, Cindy Brady, on the popular television sitcom "The Brady Bunch." As an adult, she entered the graphic design business, and became a talk show host on Los Angeles radio stations. Olsen has also appeared on a number of different television programs beyond "The Brady Bunch" franchise, including the celebrity reality show "Gimme My Reality Show" and the Lifetime movie "Blending Christmas."

Susan Olsen began acting while in elementary school, and by age seven, had played pivotal roles in such projects as "Julia", "Ironsides", and "Gunsmoke". She rose to national fame appearing as Cindy Brady, in the hit 70s show, "The Brady Bunch". She played the role of Cindy from 1969-1974, and reprised the role on "The Brady Variety Hour", in the television movie, "The Brady Girls Get Married", in the cartoon, "The Brady Kids", and in the short-lived early 90s series, "The Bradys".

She moved away from on-camera performance for many years, launching a successful graphic design career, including designing shoes for Converse, and serving as a radio talk show host. She has appeared on television intermittently since the late 70s, with roles on such programs as "Pacific Blue" and "The Young and the Restless". She is also a very active animal rights advocate.

Susan Olsen was born on August 14, 1961 in Santa Monica, California as the youngest of four children of DeLoice and Lawrence. Her siblings are Larry, Christopher, and Diane. Christopher was also a child actor; he appeared in Alfred Hitchcock's 1956 thriller "The Man Who Knew Too Much."

Olsen got her start in acting in 1968, when she appeared in episodes of the television series "Ironside," "Julia," and "Gunsmoke." In 1969, she made her feature film debut in the Elvis Presley movie "The Trouble with Girls," in which she played a singer in a singing contest.

Just before she turned eight, Olsen landed the role that would make her famous: Cindy Brady, the youngest Brady child, on the sitcom "The Brady Bunch." Her screen siblings were played by Maureen McCormick, Eve Plumb, Barry Williams, Christopher Knight, and Mike Lookinland. One of the last old-fashioned family sitcoms on television, "The Brady Bunch" ran for five seasons on ABC from 1969 to 1974. Although never a critical or commercial hit, the show grew in popularity when it went into syndication.

Thanks to its increasing success in syndication, "The Brady Bunch" spawned a number of reunion films and spinoff series. They included the variety show "The Brady Bunch Hour"; the television reunion movies "The Brady Girls Get Married" and "The Brady Brides"; and the short-lived sequel series "The Bradys." In 1995, the latter series was adapted into a satirical film entitled "The Brady Bunch Movie"; this was followed by "A Very Brady Sequel" in 1996. However, Olsen did not appear in either of those big-screen films. She did however appear alongside her former cast mates in the 2019 HGTV miniseries "A Very Brady Renovation," which focused on the renovation of the Studio City, California home used for exterior shots on "The Brady Bunch."

Olsen has appeared in a number of television films and series outside of "The Brady Bunch" franchise. In 1970, she was in the Disney television film "The Boy Who Stole the Elephant." Much later, in 1999, Olsen was in an episode of the crime drama "Pacific Blue." Her other credits have included the soap opera "The Young and the Restless"; the reality show "Gimme My Reality Show"; and the television films "The Great Halloween Puppy Adventure," "Holiday Road Trip," and "Blending Christmas." 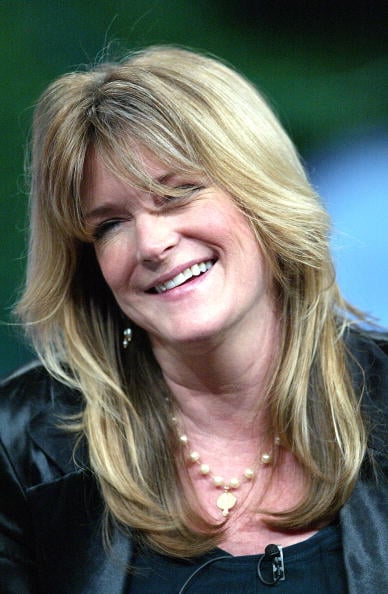 Beyond television, Olsen has been engaged in a miscellany of endeavors throughout her life. As a teenager, she served as the spokesperson for Marx Toys' Sindy doll. As an adult, she got into the graphic design business, and helped market glow-in-the-dark Converse shoes in 1998. From 1995 to 1996, Olsen co-hosted a talk show with Ken Ober at the Los Angeles radio station KLSX. In 2009, she released the coffee table book "Love to Love You Bradys: The Bizarre Story of The Brady Bunch Variety Hour," which was co-authored by Ted Nichelson and Lisa Sutton.

In 2012, Olsen participated in an art exhibition in Fullerton, California called "Art with an Agenda: An Exhibit Inspired by Kelly Thomas." The exhibit was meant to honor the life of Kelly Thomas, a homeless man who was beaten to death by members of the Fullerton Police Department.

Olsen ran into controversy in December of 2016, when she was fired from her radio show "Two Chicks Talkin' Politics" after getting into a heated argument with gay actor Leon Acord-Whiting. Reacting to comments the actor had made about her on a different show, Olsen went off on a profane tirade against Acord-Whiting that included multiple uses of homophobic slurs. Acord-Whiting subsequently lobbied to have her fired, and succeeded. Olsen failed to apologize or even admit that she was fired, later telling Fox News that she was never actually terminated and that the commotion was all "fake news."

Olsen has been married multiple times. Her first husband was kickboxer Steve Ventimiglia, to whom she was wed from 1988 to 1990. Next, in 1995, Olsen married medical equipment salesman Mitch Markwell; they had a son named Michael, and eventually divorced in 2004. Five years after that, Olsen married comedian Chris "Crazy Legs" Fonseca. The two split their time between Olsen's home in Los Angeles and Fonseca's home in Colorado Springs. 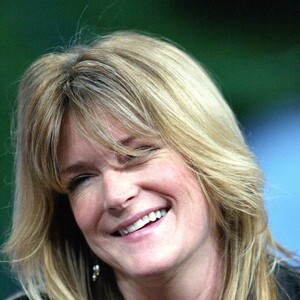