Susan Howard Net Worth: Susan Howard is an American actress, writer, and political activist who has a net worth of $5 million. Susan Howard was born in Marshall, Texas in January 1944. She is best known for playing the role of Donna Culver Krebbs on the TV series Dallas. Susan won an award for Best Actress in high school.

She studied at the University of Texas and moved to Los Angeles, California to be an acting student at the Los Angeles Repertory Company. Her acting debut came in the television series Love on a Rooftop in 1966. From 1974 to 1976 she starred as Maggie Petrocelli on the TV series Petrocelli. Her best known role came starring as Donna Culver Krebbs on the TV series Dallas from 1979 to 1987. During her career she appeared in episodes of the TV series The Monkees, Iron Horse, The Flying Nun, Tarzan, Star Trek, I Dream of Jeannie, Ironside, Bonanza, Love, American Style, Mission: Impossible, Columbo, Marcus Welby, M.D., The New Perry Mason, The Rockford Files, Barnaby Jones, and The Love Boat. Her last role came in the 1993 film Come the Morning. For Dallas Howard won a Soap Opera Digest Award and a TV Land Award. For Petrocelli she was nominated for a Golden Globe and a Primetime Emmy Award. Howard is a member of the Writers Guild of America. She is an active member of leadership in the NRA and the Texas Republican Party. 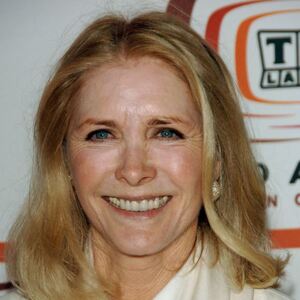