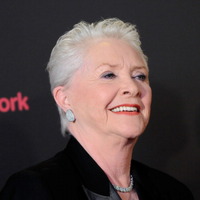 Susan Flannery net worth: Susan Flannery is an American soap opera actress and has a net worth of $9 million. Susan Flannery was born on July 31st, 1939 in Jersey City, New Jersey. Susan Flannery earned her net worth as an actress. She knew she wanted to be an actress from a young age. She earned a BFA in theater from Stephens College in Missouri and did graduate work in theater arts at Arizona State University. She is known for playing Dr. Laura Spencer Horton on Days of our Lives from 1966 until 1975. She is probably best known for her role Stephanie Forrester on The Bold and the Beautiful. She also appeared as a special guest on Good News Week. She directed the October 13, 2008 episode, of Guiding Light. She came in at #1 in the Top 50 Soap Actresses of All Time poll on the blog We Love Soaps in 2010. She has taken an active role in the American Federation of Television and Radio Artists in securing cable rights and foreign residuals for actors. She received an Emmy nomination for her starring role in the NBC mini-series The Moneychangers, opposite Kirk Douglas, and appeared in the television movies Women in White and Anatomy of a Seduction. She regularly directs episodes of B&B and earned a Director's Guild Award nomination in 1995. She has racked up many other credits, and awards, including Days, Dallas and a hot role in The Towering Inferno. In 2004, she appeared in two episodes of ABC's sitcom, Hope & Faith. She loves to travel, she and her former "The Bold and the Beautiful" co-star Ian Buchanan once went around the world and visited Egypt, Russia and China. She currently lives in Santa Barbara, California. She has one daughter, who is currently attending Macquarie University in Australia. She loves to fly and has her pilot's licenses. Her interests include sailing, flying, cooking dinner for friends and traveling.