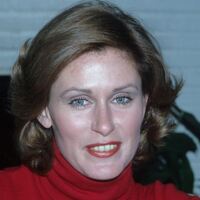 Susan Clark Net Worth: Susan Clark is a Canadian actress who has a net worth of $6 million dollars. Born Nora Golding in Sarnia, Ontario, Canada, in 1940, Susan Clark began acting on-screen in a 1963 episode of "The Sentimental Agent". She has starred in several films, including "Coogan's Bluff", "Tell Them Willie Boy Is Here", "Valdez Is Coming", "Night Moves", "Airport 1975", and "Colossus: The Forbin Project". She acted alongside several famous co-stars early in her career, including Clint Eastwood, Robert Redford, Burt Lancaster, Gene Hackman, Barry Newman, Leslie Nielsen, and Shelley Winters. She starred on 150 episodes of the TV series "Webster" from 1983 until 1989. She played Katherine Calder-Young Papadapolis alongside her husband. She won a 1976 Emmy Award for the TV movie "Babe" and met her second husband on the film's set. Clark's other TV and film credits include "Marcus Welby, M.D.", "Trapped", "Double Negative", "The Midnight Man", "Barnaby Jones", "The Apple Dumpling Gang", "Amelia Earhart", "Sherlock Holmes", "Murder, She Wrote", "Snowbound: The Jim and Jennifer Stolpa Story", and "Butterbox Babies". Clark married Bob Joseph in 1970, though they divorced in 1973. Seven years later, she wed "Babe" and "Webster" co-star Alex Karras in 1980. They were married until his death in 2012.