Sung Kang Net Worth: Sung Kang is an American actor who has a net worth of $8 million dollars. Born April 8, 1972 in Gainesville, Georgia, Sung Kang is best known for his role as Han Seoul-Oh in The Fast and the Furious franchise as well as his role in the film Better Luck Tomorrow.

Kang also appeared in the film The Motel and played a role in Jet Li's film War where he portrayed an FBI agent. He was featured as Doran, a son of Genghis Khan, in the movie Forbidden Warrior. On MADtv, he played a recurring role as the narcissistic President Gin Kew Yun Chun Yew Nee in the Korean parody Tae Do. He also had a small role in the action movie Live Free or Die Hard. In 2013, he appeared as Detective Taylor Kwon in Walter Hill's movie Bullet to the Head opposite Sylvester Stallone. Kang was in the music video for the Korean band g.o.d. (for their song Lie). Until 2013, he owned a restaurant called Saketini in Brentwood, Los Angeles, California. Other films Kang has appeared in between 2000 and 2013 include Pearl Harbor, Live Free or Die Hard, Los Bandoleros, Ninja Assassin, Fast Five, Sunset Stories, and others. Additional television appearances between 1999 and 2013 include Felicity, NYPD Blue, Spin City, Cold Case, Without a Trace, Monk, CSI: Miami, Knight Rider, Mental and others. 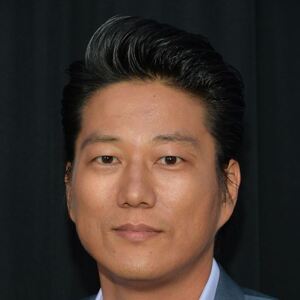