Sue Ane Langdon net worth: Sue Ane Langdon is an American actress who has a net worth of $3 million. Sue Ane Langdon was born in Paterson, New Jersey in March 1936. From 1959 to 1961 she starred as Kitty Marsh on the television series Bachelor Father. Langdon starred as Lillian Nuvo on the TV series Arnie from 1970 to 1972.

She has also starred in several films including A Guide for Married Men, The Cheyenne Social Club, The Rounders, Roustabout, and Frankie and Johnny. Sue Ane Langdon started out singing at Radio City Music Hall and starring on stage. She appeared in the Broadway musical The Apple Tree and later in the production Hello Dolly at The Little Theatre on the Square. Langdon won a Golden Globe Award for Best Supporting Actress – Television for Arnie in 1972 after being nominated for the same award for the same role in 1971. 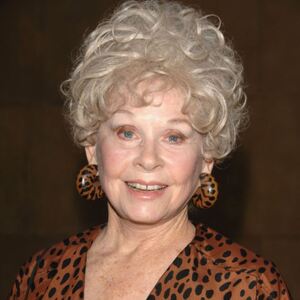