Stuart Townsend Net Worth: Stuart Townsend is an Irish actor and director who has a net worth of $5 million. Stuart Townsend was born in Howth, County Dublin, Ireland in December 1972. Stuart attended the Gaiety School of Acting and acted in a stage production of Tear Up The Black Sail.

In 1994 he made his professional stage debut in True Lines. He made his film debut in the 1993 short Godsuit. His television debut came in an episode of Will & Grace in 2005. From 2005 to 2006 Stuart starred as Carl Kolchak in the TV series Night Stalker. From 2005 to 2011 he did voice work for the series Robot Chicken. From 2011 to 2012 he starred in XIII: The Series, and since 2013 he has starred as Jack McAllister in the series Betrayal. He has starred in the films Trojan Eddie, Shooting Fish, Under the Skin, Resurrection Man, Simon Magus, Wonderland, The Venice Project, Mauvaise passe, About Adam, Queen of the Damned, Trapped, Shade, The League of Extraordinary Gentlemen, Head in the Clouds, The Best Man, Chaos Theory, and A Stranger in Paradise. Townsend won Best Actor awards from Fantafestival and WorldFest Houston. Stuart dated actress Charlize Theron from 2001 to 2010. 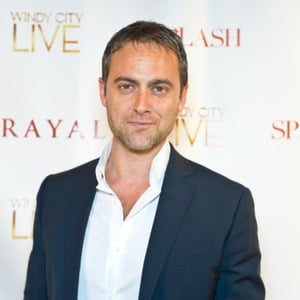