Stormy Daniels Net Worth: Stormy Daniels is an American adult film actress, writer, and director who has a net worth of $2 million dollars. She has won several awards for her work in adult films and has been inducted into the AVN, NightMoves, and XRCO Halls of Fame. Daniels is also an aspiring politician who considered running against incumbent David Vitter for the 2010 Senate election in Louisiana. Stormy has starred in more than 180 adult films and has produced more than 65. She is currently retired from acting in adult movies, but she performs around the country at strip clubs as a featured dancer. In 2018, she gained international attention when the "Wall Street Journal" claimed that she had been paid $130,000 right before the 2016 presidential election to stay quiet about an alleged 2006 sexual encounter with Donald Trump.

Early Life: Stormy Daniels was born Stephanie Gregory on March 17, 1979, in Baton Rouge, Louisiana. Her parents, Sheila and Bill, divorced when she was 4 years old, and Sheila managed a trucking company while raising Stephanie. During her youth, she took horse riding lessons and dance classes, and she worked at a riding stable while attending Scotlandville Magnet High School (which she graduated from in 1997).

Career: Stephanie began stripping at age 17 and started using the stage name Stormy Daniels; she chose "Stormy" because Mötley Crüe bassist Nikki Sixx had named his daughter Storm, and "Daniels" came from a Jack Daniel's advertisement with the slogan "a Southern favorite." She worked at Baton Rouge's Gold Club before becoming one of Continental Theatrical Agency's featured entertainers in September 2000 and soon met adult film actress Devon Michaels, who invited Stormy to come along with her to Los Angeles shoots for Sin City and Wicked Pictures. Daniels ended up co-starring with Devon in a scene for Sin City, and at the Wicked Pictures shoot, she met Brad Armstrong, who invited Stormy to stay at his home. Daniels began doing more scenes in adult films, and in July 2002, she landed the lead role in Wicked Pictures' "Heat." Wicked Pictures signed her to an exclusive contract in September 2002. 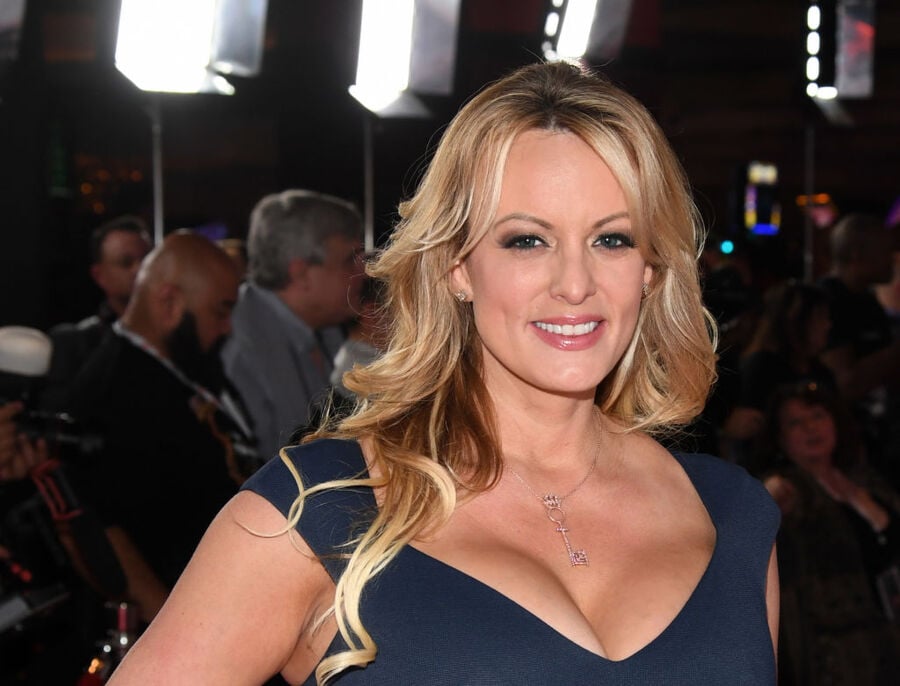 Donald Trump Scandal: Daniels allegedly had a sexual encounter with Donald Trump after a celebrity golf tournament in Lake Tahoe in July 2006, a few months after Trump's wife, Melania, had given birth to their son. Stormy denied the affair for a long time, but in February 2018, she filed a lawsuit against Trump, claiming that he never signed the paperwork that was needed to make their arrangement private. As part of this lawsuit, it was revealed that Daniels was indeed paid $130,000 by Michael Cohen, Trump's personal lawyer. In March 2018, Stormy offered to return the $130,000 to be able to speak publicly about their alleged affair. In a 2018 "60 Minutes" interview, Daniels stated that she only had sex with Donald one time and that she signed a non-disclosure agreement after a man threatened her while she was with her infant daughter in 2011. In August 2018, Cohen admitted that he had paid Stormy the hush money after Trump ordered him to.

Personal Life: Stormy, who is bisexual, married fellow adult film actor Pat Myne on August 29, 2003, and took the last name Clifford, which is Pat's legal surname. The couple divorced in 2005, and Daniels wed actor/producer Michael Mosny (aka Mike Moz) on November 4, 2007. In July 2009, Stormy was charged with domestic violence after allegedly hitting Mike, and the two divorced later that year. Daniels welcomed a daughter, Caiden, with musician/adult film actor Glendon Crain (aka Brendon Miller) in 2011, and the couple wed on November 25, 2015. In July 2018, Glendon filed for divorce, alleging that Stormy had committed adultery; though he requested full custody of Caiden, a judge ruled in favor of joint custody the following month.

In July 2018, Daniels was arrested for allegedly fondling patrons at Sirens Gentlemen's Club in Columbus, Ohio, a state that has a "no touching" law for strip clubs. Since Stormy wasn't a regular performer at Sirens, she was exempt from the law, and the charges were dismissed, but she sued the police department for $2 million in January 2019 because she believed the arrest to be politically-motivated. The lead detective on the case was a supporter of Donald Trump, and it came to light that another detective involved in the arrest had videos and photos of Daniels as well as information about where she was performing in his emails a few days before her appearance at the club. A March 2019 internal investigation classified the arrest as improper, and a few months later, interim chief Tom Quinlan stated that the officers who were involved would be punished. The lawsuit was settled for $450,000 in September 2019.

Awards and Honors: Daniels has won numerous awards for her films, including five AVN Awards, four XRCO Awards, three XBIZ Awards, four F.A.M.E. Awards, nine NightMoves Awards, and three Adam Film World Guide Awards. As a director, Stormy earned NightMoves Awards in 2005, 2008, 2009, and 2012, a F.A.M.E. Award in 2008, and an XBIZ Award in 2016. Daniels also received a Positive Image Award from the Free Speech Coalition in 2009, and she was inducted into the NightMoves Hall of Fame in 2007 and the AVN and XRCO Halls of Fame in 2014. May 23, 2018, was declared "Stormy Daniels Day" in West Hollywood, California, and she received a key to the city from Mayor John Duran. 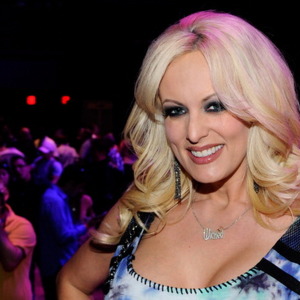