What is Stockard Channing's Net Worth?

Stockard Channing is an American actress who has a net worth of $15 million dollars. Stockard Channing rose to fame in the 70s with her performances in the films "The Fortune" and "Grease." She went on to have a prolific career in both film and on television, with credits including "Six Degrees of Separation," "Up Close & Personal," "Anything Else," "The West Wing," and "The Good Wife." Channing has also had an incredibly successful career on stage, winning a Tony Award for her performance in the 1985 Broadway revival of "A Day in the Death of Joe Egg."

During her lengthy career, Stockard has won an several Emmys and a Tony. She was nominated for an Academy Award for her role in 1994's "Six Degrees of Separation".

Channing began her acting career in Boston with the experimental Theatre Company. With the group, she performed in a 1969 production of Elaine May's play "Adaptation/Next." Channing was subsequently in a revival of "Arsenic and Old Lace." In 1971, she made her Broadway debut in "Two Gentlemen of Verona," a rock musical based on the eponymous Shakespeare comedy.

Following uncredited roles in "The Hospital" and "Up the Sandbox" in the early 70s, Channing starred opposite Warren Beatty and Jack Nicholson in Mike Nichols' 1975 black comedy "The Fortune." Although the film wasn't the breakthrough she had hoped for, Channing still managed to earn a Golden Globe Award nomination for Best Acting Debut in a Motion Picture – Female. She was next in the crime film "Sweet Revenge," the disaster comedy "The Big Bus," and the mystery comedy "The Cheap Detective." In 1978, Channing finally had the breakthrough she'd been looking for when she played Betty Rizzo in the hit film adaptation of the musical "Grease." She closed out the decade with the sports fantasy comedy "The Fish That Saved Pittsburgh."

Channing's credits in the 80s include "Safari 3000," "Without a Trace," "Heartburn," "The Men's Club," "A Time of Destiny," and "Staying Together." In the early 90s, she starred in "Meet the Applegates" and "Married to It." Channing gave one of her most acclaimed performances in the 1993 film adaptation of the play "Six Degrees of Separation"; reprising her own role of Ouisa Kittredge from the stage version, Channing earned an Academy Award nomination for Best Actress. She followed this with further noteworthy roles in "Smoke," "To Wong Foo, Thanks for Everything! Julie Newmar," and "Up Close & Personal." Channing's other credits in the 90s include "Edie & Pen," "Moll Flanders," "The First Wives Club," "Twilight," "Practical Magic," and "The Venice Project." 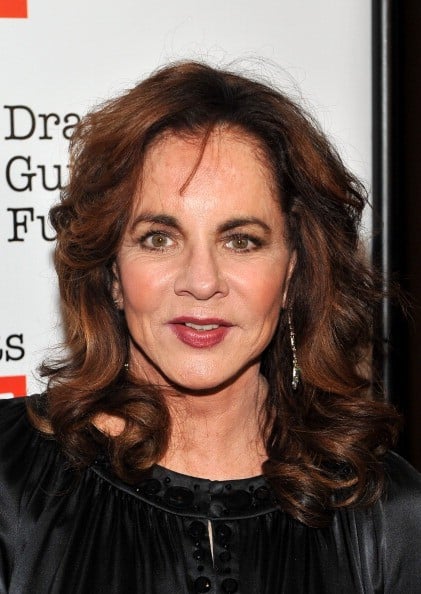 Channing continued to appear in numerous films throughout the 00s. She started the decade with roles in three films: the thriller "Other Voices," the biopic "Isn't She Great," and the romantic drama "Where the Heart Is." This was followed by credits including "The Business of Strangers," "Life or Something Like It," "Behind the Red Door," "Bright Young Things," "Le Divorce," "Anything Else," "Red Mercury," "Must Love Dogs," and "3 Needles." Channing was also in the British comedy "Sparkle," the 2010 drama "Multiple Sarcasms," and the Mexican-American romcom "Pulling Strings."

On television, Channing made her debut in an episode of "Sesame Street." She landed her first leading role in the 1973 television film "The Girl Most Likely To…," in which she starred as an ugly duckling who swears revenge on everyone who has scorned her. Following this, Channing was in episodes of "Love, American Style," "Medical Center," and "Lucan." The actress then starred in the television film "Silent Victory: The Kitty O'Neil Story," as well as on two short-lived CBS sitcoms: "Stockard Channing in Just Friends" and "The Stockard Channing Show." Throughout the 80s and 90s, Channing had a number of highly acclaimed roles on television. She received Emmy Award nominations for her performances in the miniseries "Echoes in the Darkness," the television films "Perfect Witness," "An Unexpected Family," and "The Baby Dance," and for her guest role on the drama series "Road to Avonlea."

Channing began one of her most popular roles in 1999, when she made her debut as First Lady Abbey Bartley on the political drama series "The West Wing." For her performance, she won an Emmy Award in 2002. More acclaim came her way for her roles in the television films "The Truth About Jane" and "The Matthew Shepard Story," the latter of which earned her a second Emmy Award. Among Channing's subsequent credits were the miniseries "Hitler: The Rise of Evil," the television films "The Piano Man's Daughter" and "Jack," and the sitcom "Out of Practice." She has also been on such shows as "The Good Wife," "The Mysteries of Laura," and "The Guest Book."

Following her Broadway debut in "Two Gentlemen of Verona," Channing had a supporting role in "No Hard Feelings," and a leading role in "They're Playing Our Song." Next, she played the part of the mother in a 1981 production of "A Day in the Death of Joe Egg." After reprising this role on Broadway in 1985, Channing won the Tony Award for Best Actress in a Play. She went on to receive further nominations for her performances in "The House of Blue Leaves" in 1986; "Six Degrees of Separation" in 1990; "Four Baboons Adoring the Sun" in 1992; and "The Lion in Winter" in 1999. Channing returned to Broadway in 2008 to play Vera Simpson in the musical "Pal Joey," for which she earned yet another Tony nomination. She was nominated again a few years later for her performance in the play "Other Desert Cities." Among her additional credits are "It's Only a Play" and "Apologia."

Channing has been married and divorced a total of four times. Her first marriage was in 1963 to sculptor and venture capitalist Walter Channing Jr.; the pair separated in 1967. Next, in 1970, she wed Slavic languages professor Paul Schmidt, whom she divorced in 1976. Channing was then married to writer-producer David Debin from 1976 to 1980. She was with her fourth husband, businessman David Rawle, from 1980 to 1988. Following this, Channing was in a longterm relationship with cinematographer Daniel Gillham; the two were together from 1990 until Gillham's passing in 2014. Channing has no children. 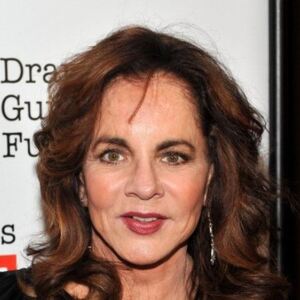