What is Steven Yeun's net worth and salary?

Steven Yeun is a South Korean-born American actor and producer who has a net worth of $5 million dollars. Steven Yeun rose to fame in "The Walking Dead" and later in "Minari."

He discovered a love of theater and improv during his freshman year at Kalamazoo College. He went on to join his college's improv group, and after graduating, he convinced his parents to allow him to pursue a performance career full-time. After relocating to Chicago, Illinois, he joined Second City Improv, and then made the move to Los Angeles. The move proved to be a smart choice, and after booking a guest-starring role on "The Big Bang Theory", he won the role that would put him on the map, as Glenn on "The Walking Dead".

Yeun was born on December 21, 1983 in Seoul, South Korea to parents Je and Jun Yeun. He grew up with his younger brother Brian in a Christian household primarily speaking Korean. In 1988, the family moved to Regina, Saskatchewan, Canada and then moved to Michigan in the United States. While his father had been an architect in South Korea, the family owned a beauty supply store in Detroit after moving to the U.S.

Yeun attended Ruth M. Buck Elementary and then Troy High School, from where he graduated in 2001. He then enrolled at Kalamazoo College where he studied psychology with a concentration in neuroscience, receiving his bachelor's degree in 2005. While attending Kalamazoo, Yeun became friends with comedian Jordan Klepper's sister who took him to see Klepper's improv show. Through this experience, Yeun was inspired to take his first acting class. He eventually became friends with Klepper and decided to follow him to Chicago to pursue a career in improv and acting. While his parents ultimately hoped Yeun would enroll in law or medical school, they gave him two years to pursue a career in entertainment and supported him during this time.

In 2005, Yeun moved to Chicago and joined "Stir Friday Night!," a Chicago-based Asian American sketch comedy troupe. He then joined The Second City in Chicago, one of the most prominent sketch-comedy troupes in the country. In October of 2009, he decided to move to Los Angeles to further develop his acting career.

Soon after, Yeun landed what would be his breakthrough role as character Glenn Rhee in the AMC television horror drama series, "The Walking Dead" in 2010. The series was based on the comic book series of the same name. It tells the story of a group of characters who fight to survive a violent zombie apocalypse. The show became the highest-rated series in cable television history and was favorably received by viewers and critics alike. Yeun's performance specifically was also highly praised, especially considering the development of his character over the six seasons that Yeun remained on the show. He decided to leave in 2016 after the season seven premiere.

While on "The Walking Dead," Yeun appeared in various episodes of other television series, including "Law & Order: LA," "Warehouse 13," "NTSF: SD: SUV," and "Drunk History."

Yeun was cast in Joe Lynch's action horror film, "Mayhem," in March of 2016. The film was released in November of 2017. He was also cast in Bong Joon-ho's action adventure film, "Okja," which was released in 2017 and competed for the Palme d'Or at the Cannes Film Festival. The same year, he provided the voice of Bo in "The Star." 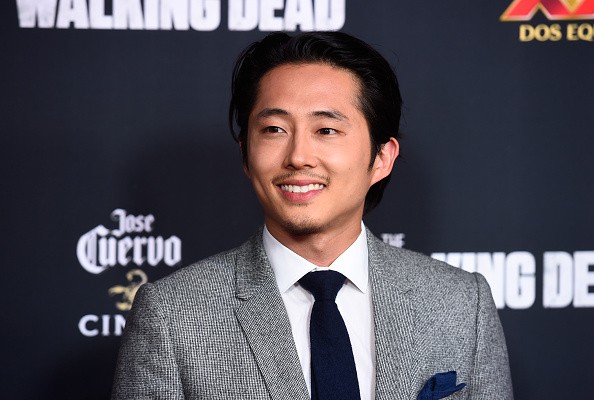 In 2018, Yeun co-starred in Boots Riley's dark comedy, "Sorry to Bother You," which premiered at the Sundance Film Festival. The film won the 2019 National Board of Review's Top Ten Independent Films award as well as Best Screenplay and Best First Feature at the 2019 Independent Spirit Awards. Yeun also starred in the mystery drama film, "Burning" which premiered at the Cannes Film Festival. He received multiple awards in the Best Supporting Actor category at the Los Angeles film Critics Association Awards, the Toronto Film Critics Association Awards, and the National Society of Film Critics Awards.

In 2020, Yeun both starred in and served as an executive producer for Lee Isaac Chung's A24 immigrant drama, "Minari." The film tells the story about a Korean immigrant family who become farmers in the United States. The film won two awards at the Sundance Film Festival and Yeun was nominated for an Academy Award in the Best Actor category. In 2021, Yeun was honored when "Time" included him in their annual list of the 100 most influential people in the world, which specifically referenced his role in acting and producing "Minari."

In 2021, Yeun appeared in the psychological drama film "The Humans," by writer and director Stephen Karam. The film is based on Karam's award-winning one-act play of the same name. It premiered at the 2021 Toronto International Film Festival.

Outside of films, Yeun has also continued working in television series and doing some voice work. He has provided voices for characters in the second season of "The Legend of Korra," "Trollhunters," "3Below," "Voltron: Legendary Defender," Final Space, "Tuca & Bertie," and "Stretch Armstrong and the Flex Fighters," among others. He also voices a character in the Amazon Prime animated superhero series "Invincible," which is adapted from the comic book series by Robert Kirkman.

In December of 2016, Yeun married photographer Joana Park. They live together in Los Angeles and have had two children together. In Los Angeles, he has invested in his younger brother's Korean-Mediterranean fusion restaurant in the Koreatown neighborhood called The Bun Shop.

Yeun is a fan of the Detroit Pistons and the Detroit Red Wings. He also has supported Andrew Yang for president in the 2020 U.S. Presidential election. 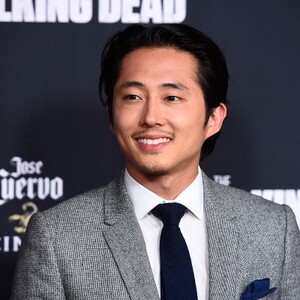