Steven Weber is an American actor who has a net worth of $4 million. Steven Weber has earned his net worth from his acting career beginning in the 1990's sitcom on NBC Wings, however he started appearing in television commercials when he was in the third grade. Weber was born in Briarwood, Queens, New York his father was a nightclub performer and manager of the Borscht Belt comedians.

His mother was a nightclub singer, Steven graduated from Manhattan's High School of Performing Arts in 1979 and then attended the State University of New York at Purchase. After college he became a member of the Mirror Repertory Company where he appeared in several episode of the CBS daytime soap opera As The World Turns from 1985 to 1986. Some of his appearances in motion pictures and TV mini-series include; The Flamingo Kid, Hamburger Hill and in role of John F. Kennedy in the acclaimed The Kennedy's of Massachusetts. Weber is a keen supporter of the Democratic Party he has been married twice his first wife was actress Finn Carter whom hw met on the set of As The World Turns, his second and current wife is Sierrra Esteban Montgomery with whom he has two childeran. Some of Steven's most recent film credits include the 2007 film More of Me, the 2008 film Farm House, the 2009 movie My One and Only and most recently the 2012 film The Movie. Some of his most recent television appearnaces include an episode in 2010 on In Plain Sight, a 2011 appearance on an episode of Falling Skies, and in 2012 an appearnace on Ultimate Spider-man and Hot in Cleveland. 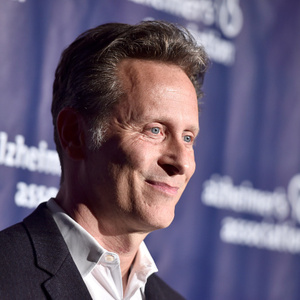