How much is Steven R. McQueen Worth?

Steven R. McQueen Net Worth: Steven R. McQueen is an American actor and model who has a net worth of $3 million. Steven R. McQueen was born in Los Angeles, California to Stacy Toten and Chad McQueen, the latter of whom is an actor and producer, helping his son get his start. McQueen's grandparents (on his father's side) were also professional actors. He has two younger half siblings, Chase and Madison. His professional middle initial, R, comes from his mother's maiden name, Robitaille. McQueen made his acting debut in the sci-fi TV show, Threshold, on which he made a guest appearance. This landed to additional guest roles on Without a Trace, CSI: Miama, Numb3rs, before landing more regular acting positions. He appeared on the WB's series, Everwood, on which he was in seven episodes. He then made his movie debut in the Disney Channel's movie, Minutemen. Then in 2009, he landed the role of Jeremy Gilbert on The Vampire Diaries, which gained a large audience. He also appeared in the horror flick, Piranha 3D as Jake Forestor. The film was a remake from the 1978 movie, also named Piranha. Even though it received mixed reviews, it was considered to be a commercial success. 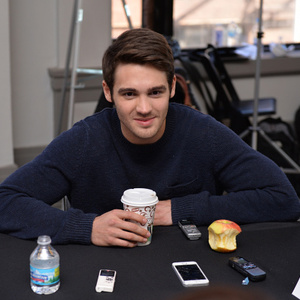