What is Steven Crowder's Net Worth and Salary?

Steven Crowder is a Canadian-American actor and comedian who has a net worth of $4 million. Steven Crowder is a conservative political commentator who has gained notoriety for hosting the daily podcast and YouTube channel "Louder with Crowder." Before this, he contributed to Fox News.

Crowder's videos have been repeatedly put under review by YouTube for their racist and homophobic slurs and rampant misinformation. In June 2019, Steven faced a storm of criticism related to repeated homophobic and racist insults directed at journalist Carlos Maza. Maza's complaints about the insults went viral over Twitter and forced YouTube to react. In their first opinion, YouTube did not think Crowder's statements violated any policy. Less than 12 hours later they reversed the decision and decided to demonetize Crowder's channel which was previously earning an estimated $80,000 per month.

Steven Crowder was born on July 7, 1987 in Detroit, Michigan. Due to his mother being French-Canadian, he moved with his family at an early age to Greenfield Park, Quebec, a suburb of Montreal. There, Crowder went to Centennial Regional High School. At the age of 18, he moved back to the United States and spent two semesters at Champlain College in Burlington, Vermont.

Career Beginnings in the Media

When he was 13, Crowder became a voice actor, and voiced the character Alan Powers on the children's animated television series "Arthur." Later, at 17, he started doing stand-up comedy. Crowder went on to appear in various films, including "3 Needles," "The Covenant," "The Secret," and the Christian drama "To Save a Life."

From 2009 to 2012, Crowder was a contributor to Fox News. He also regularly posted videos on rightwing media platforms, and was the master of ceremonies at the Conservative Political Action Conference in 2011.

At a demonstration in Michigan in December of 2021, Crowder and members of the conservative advocacy group Americans for Prosperity were involved in an altercation with union activists, resulting in Crowder being punched several times. Out of cowardice, Crowder posted an edited video of the incident to YouTube that omitted the part where he instigated the attack.

In 2017, Crowder launched his own political commentary show, "Louder with Crowder," on the Conservative Review streaming service CRTV. The following year, the service merged with Glenn Beck's media company Blaze, where Crowder is still hosted; his show is also posted to YouTube.

"Louder with Crowder" is notorious for its overtly racist and homophobic content, and has repeatedly run into trouble with YouTube's online policies. In 2019, the platform investigated Crowder for using racist and homophobic epithets to target journalist Carlos Maza. However, YouTube concluded that although the language was flagrantly hurtful, it didn't ultimately violate its policies. The decision to not suspend Crowder elicited substantial backlash, causing YouTube to stop his channel's monetization. The platform re-monetized some of his content in August of 2020. Early the next year, it suspended his channel for a week for spreading misinformation about the 2020 United States presidential election; it then demonetized his account for good.

In 2012, Crowder married his wife Hilary, and wrote about how he had stayed abstinent before his betrothal. Later, in 2021, he had twin children with Hilary: a son named Magnus and a daughter named Charlotte.

Crowder has dealt with some health issues in recent years. In July of 2021, he underwent surgery that placed titanium bars in his chest to counteract his congenital condition of a sunken chest. The operation caused fluid to build up in his lungs, and several weeks later, he returned to the hospital with a collapsed lung. 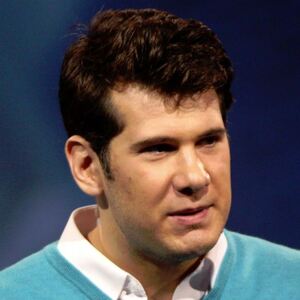