In 1999 Lawrence appeared in the films Dreamer, Operation Splitsville, My Favorite Martian, and The Muse. He appeared in an episode of Sabrina, the Teenage Witch. He had a recurring role on The Amanda Show and appeared on ER, Buffy the Vampire Slayer, Frasier, and That's So Raven. From 2001 to 2003 he starred as Beans on Disney Channel's Even Stevens. Lawrence has also appeared in the films Bubble Boy, 13 Moons, The Even Stevens Movie, Dr. Seuss' The Cat in the Hat, Cheaper by the Dozen, Kicking & Screaming, Rebound, Bratz, and Archie's Final Project. He has appeared in an Everclear music video and in commercials for T-Mobile and Old Spice. He has won Young Artist Awards in 2003 and 2004 and has been nominated for four more Young Artist Awards. 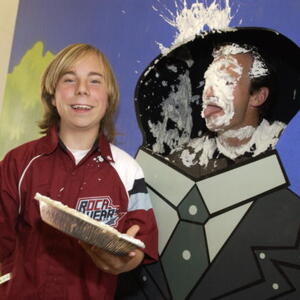