What is Steve Zahn's Net Worth?

Steve Zahn is an actor and comedian known for his performances in such films as "Reality Bites," "Shattered Glass," "Rescue Dawn," and the "Diary of a Wimpy Kid" series. Steve Zahn has a net worth of $20 million. In 1999, he won an Independent Spirit Award for his performance in the comedy "Happy, Texas." Zahn has also appeared on television in a number of shows, including "Treme," "Modern Family," and "The White Lotus."

Steve Zahn was born in 1967 in Marshall, Minnesota to Zelda, a bookstore clerk, and Carleton, a Lutheran minister. He spent part of his childhood in Mankato, Minnesota, where he went to Kennedy Elementary School. Moving to the suburbs of Minneapolis as a teen, Zahn attended Robbinsdale Cooper High School; there, he acted in plays and was twice named a Minnesota state speech champion. After graduating, he enrolled at Gustavus Adolphus College, but dropped out after one semester with the intent of pursuing a career in acting. Zahn would later obtain a master's degree at Harvard University's Institute for Advanced Theater Training.

Zahn made his professional theater debut in 1991, performing in a Minnesota production of Neil Simon's "Biloxi Blues." He subsequently enrolled in American Repertory Theater's two-year training program to study acting. Also in 1991, Zahn helped found the theater company Malaparte with a group of actor friends. Over the next year, he starred in a national tour of "Bye Bye Birdie."

In 1992, Zahn made his feature film acting debut in the science-fiction film "Rain Without Thunder." However, his major breakthrough came two years later, when he appeared opposite Ben Stiller, Winona Ryder, and Ethan Hawke in "Reality Bites." It was this film that initially earned Zahn his reputation for playing good-natured slackers and sidekicks. Following "Reality Bites," the actor had a supporting role in the action thriller "Crimson Tide," starring Denzel Washington and Gene Hackman. Zahn's career picked up over the remainder of the 90s. In 1996, he was in three movies: the Halle Berry-starring "Race the Sun," the Richard Linklater dramedy "SubUrbia," and the Tom Hanks music comedy "That Thing You Do!" Zahn had an even bigger year in 1998, appearing in four films. They were "The Object of My Affection," starring Jennifer Aniston and Paul Rudd; the crime comedy "Out of Sight," with Jennifer Lopez and George Clooney; "Safe Men," with Sam Rockwell; and the romcom "You've Got Mail," starring Tom Hanks and Meg Ryan. Capping off the decade, Zahn had a part in "Forces of Nature" and a voice role in "Stuart Little." He also co-starred alongside Jeremy Northam and William H. Macy in the comedy "Happy, Texas," for which he won an Independent Spirit Award. 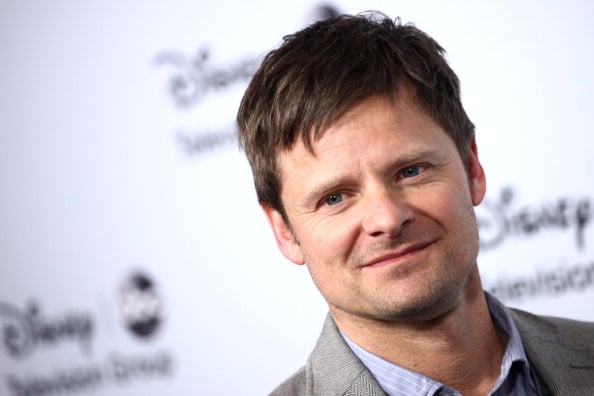 Following the comedy "Chain of Fools" in 2000, Zahn began to take darker roles. He was in the Ethan Hawke-starring "Hamlet," the Ethan Hawke-directed "Chelsea Walls," the horror thriller "Joy Ride," and the biographical film "Riding in Cars with Boys," in which he played the deadbeat ex-boyfriend of Drew Barrymore's character. Zahn continued to appear in comedies as well, including "Saving Silverman," "Daddy Day Care," and the buddy cop action film "National Security," co-starring Martin Lawrence. Other notable credits in the 2000s include the journalism drama "Shattered Glass"; the action adventure film "Sahara"; the Werner Herzog war drama "Rescue Dawn"; the romcom "Management"; and the thriller "A Perfect Getaway." Starting in 2010, Zahn began appearing as the character Frank Heffley in the "Diary of a Wimpy Kid" film franchise. Later on, he was in such films as "Dallas Buyers Club," "Captain Fantastic," "War for the Planet of the Apes," "Where'd You Go, Bernadette," "Uncle Frank," and "Cowboys."

Zahn had guest-starring roles on a number of shows in the 90s. He was in episodes of "South Beach," "Friends," "Picture Windows," and the miniseries "From the Earth to the Moon." In the 2000s, he made guest appearances on the miniseries "Comanche Moon," the animated program "Phineas and Ferb," and the detective comedy "Monk." Zahn had his biggest television role yet on the HBO drama series "Treme," playing the main character Davis McAlary from 2010 to 2013. Following this, he was a series regular on the short-lived ABC series "Mind Games," in which he played a former psychology professor suffering from bipolar disorder.

From 2014 to 2015, Zahn had a recurring role as Ronnie La Fontaine on the ABC sitcom "Modern Family." He then landed leading roles on two short-lived series: the comedy thriller "Mad Dogs," which streamed on Amazon Prime Video, and the ABC science-fiction thriller "The Crossing." Zahn went on to have main roles in the National Geographic miniseries "Valley of the Boom," the Netflix animated comedy "The Healing Powers of Dude," and the HBO anthology series "The White Lotus."

In 1994, Zahn married theater artist Robyn Peterman, whom he had met three years earlier while both were performing in the national tour of "Bye Bye Birdie." Together, they have two children, Henry and Audrey. Early on, the couple owned a cabin in Pennsylvania and a farm in New Jersey near the Delaware Water Gap. They subsequently moved to a 360-acre horse farm near Lexington, Kentucky, where Zahn continues to garden and raise various animals. Additionally, Zahn owns a lake cabin outside of Pine City, Minnesota; there, he often fishes and tubes with his children. 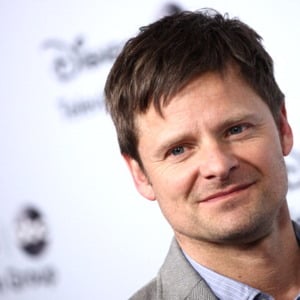