Steve was born on September 24, 1959 in Atlanta Georgia. He got his start as a puppeteer at the amusement park Six Flags Over Georgia. He parlayed this unpaid job into appearances on local Atlanta TV where he would perform with his puppet Otis. In 1978, when he was just 19, Whitmire got a job at The Muppet Show. He quickly rose the ranks and found himself as the second performer of Kermit and Ernie, backing up Jim Henson. When Jim Henson unexpectedly died in 1990, Whitmire was chosen by Jim's son Brian to officially take over the roles of Kermit and Ernie. He would eventually go on to play the roles of Kermit, Ernie, Rizzo the Rat, Lips, Foo-Foo, Wembley Fraggle and more. He would hold the roles of Kermit and Ernie from 1978 until July 2017 when he was fired by Disney. Whitmire claimed his termination was a complete shock to him and he did not understand why Disney had chosen to fire him. Disney executives reported that Steve had been difficult to work with for years. He reportedly sometimes refusing to on work certain projects and was extremely difficult to deal with around contract negotiations. 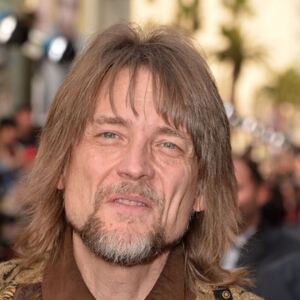