Steve Talley Net Worth: Steve Talley is an American actor who has a net worth of $1.5 million dollars. Born August 12, 1981 in Indianapolis, Indiana, he is best known for his role as Dwight Stifler in the later films of the American Pie series. His onscreen career began in 2003 when he had a minor part in the daytime soap opera As the World Turns.

He then appeared in four episodes of the drama series Summerland in 2006. He has also been seen in several television commercials to include Pizza Hut and a British television ad for Pepsi Max. His other film credits between 2006 and 2014 include Peaceful Warrior, Van Wilder: Freshman Year, One Way to Valhalla, Jelly, First Dates, The Accidental Death of Joey by Sue, Hole in One, The List, Beyond the Blackboard, Deadline and Chuck Hank and the San Diego Twins. Other television credits between 2002 and 2014 include Twins, Castle, Canned (an unsold ABC pilot), NCIS ('Moonlighting' episode), Southern Discomfort (unsold ABC pilot), Criminal Minds, Love Bites, Last Man Standing, I Just Want My Pants Back, Stevie TV, Pretty Little Liars, Franklin & Bash, Friend Me (an unaired CBS series), The Crazy Ones and The 100. 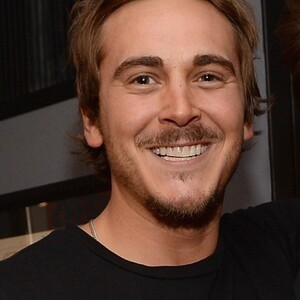