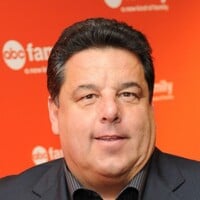 What is Steve Schirripa's Net Worth?

Steve Schirripa is an American actor, voice artist, producer, and comedian who has a net worth of $6 million. He is probably one of the most recognizable faces in the entertainment world due to the resounding success of "The Sopranos," in which Steve played Bobby Baccalieri. However, Schirripa has gone on to appear in a number of additional projects, including "Blue Bloods" and "The Secret Life of the American Teenager."

An established voice actor, Steve has provided the voice of Roberto in the "Open Season" series of animated films. In addition, he has appeared in a number of notable commercials over the course of his career. Outside of his acting work, Schirripa is also known for hosting Investigation Discovery series such as "Karma's a B*tch!" and "Nothing Personal."

Steven Ralph Schirripa was born on September 3rd of 1957 in New York City. Raised in the Brooklyn neighborhood of Bensonhurst, Steve grew up in a Catholic household. That said, he has Jewish heritage through his mother. Both his mother and his father came from Italian families. Schirripa's family dealt with financial pressures when he was growing up alongside his free siblings. After graduating from high school, Steve attended Brooklyn College, eventually graduating with a degree.

Steve began his entertainment career as the entertainment director of the Riviera Hotel and Casino in Las Vegas. This led to further opportunities, and eventually, Schirripa found himself appearing in cameo roles alongside comedians like Drew Carey and Kevin Pollak in their comedy specials. These connections in turn led to Steve appearing as an extra in the film "Casino" by Martin Scorcese. Although he was only a background performer in this film, the experience convinced Steve to become a professional actor.

He began his acting career with more minor roles, appearing in movies like "The Runner" and "Joe Dirt" during the late 90s. His breakthrough role came in the year 2000, when booked the part of Bobby Baccalieri in the incredibly popular and successful series "The Sopranos." This role saw Steve steadily get more and more screentime, eventually becoming a major character in the series. Despite his character's reputation for being overweight, Schirripa actually wore a fat suit during the first two seasons. He continued to appear in "The Sopranos" until its seventh and final season.

During this period, Schirripa also found time to appear in a number of other series, including "Black Scorpion," "Monday Night Mayhem," "Columbo," "George Lopez," "Law & Order: Special Victims Unit," "My Wife and Kids," and "Law & Order," mostly in guest roles. In 2004, he appeared in two episodes of "Star Trek: Enterprise," playing the role of Carmine. He then followed up with series like "Joey" and "Justice League Unlimited" before "The Sopranos" ultimately came to an end in 2007. 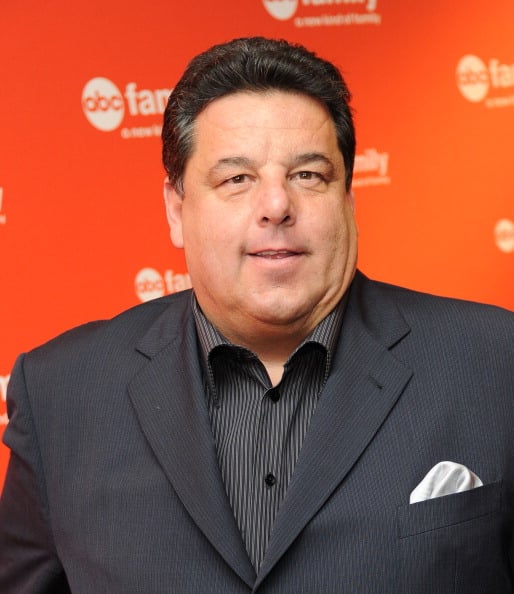 Steve also explored a number of opportunities in the world of film during his time on "The Sopranos," appearing in movies like "See Spot Run," "Ed," and "Must Love Dogs." In addition, Schirripa began to establish himself as a voice actor during this period, landing the role of Roberto in the animated film "Open Season 2." Later, he would book additional voice acting roles in animated shows like "American Dad!" and movies like "Open Season 3." During this period, Schirripa also appeared on a number of game shows.

When "The Sopranos" ended, Schirripa continued to appear in movies like "The Hungry Ghosts" and "Hereafter" to round out the 2000s. He also booked further TV roles in shows like "Stargate Atlantis," "Ugly Betty," and "Brothers." In 2008, he booked a recurring role in "The Secret Life of the American Teenager," ultimately going on to appear in 113 episodes of the show until its end in 2013.

During the 2010s, he appeared in shows like "Aqua Teen Hunger Force," "Nicky Deuce," "Black Box," "Sirens," and "Benders." In 2015, he booked a major role in "Blue Bloods," a series that continued for well over five years. His movie roles during the 2010s included "Kill the Irishman," "Jersey Boys," and "Wonder Wheel."

Outside of acting, Steve has been closely associated with Total Nonstop Action Wrestling over the years. He is also a regular guest and contributor to the "Tonight Show," having appeared on the show more than 40 times. Schirripa has hosted shows like "Face the Ace," "Nothing Personal," and "Karma's a B*tch!"

"The Sopranos" continues to be one of the most defining parts of Steve's career, and he does not shy away from this fact. Together with Michael Imperioli, Schirripa hosts a popular podcast called "Talking Sopranos," which first aired in 2020. Within a few months, the podcast had over 5 million downloads. Imperioli and Schirripa then signed a book deal wot create an oral history of the show, which was released in November of 2021.

Playing on his stereotypical mafia roles, Schirripa has also published books such as "A Goomba's Guide to Life," "The Goomba's Book of Love," and "The Goomba Diet: Large and Loving It."

Steve has supplemented his income with a number of notable commercial gigs over the years. He has appeared in commercials for brands like Lamisil, Dick's Sporting Goods, and McDonald's.

In 2014, Steve launched a new company called Uncle Steve's Italian Specialities Group. This company then began distributing various vegan pasta sauces. Schirripa made sure that these pasta sauces were also organic and contained no additives. The tomatoes used in the sauces are also imported from Italy.